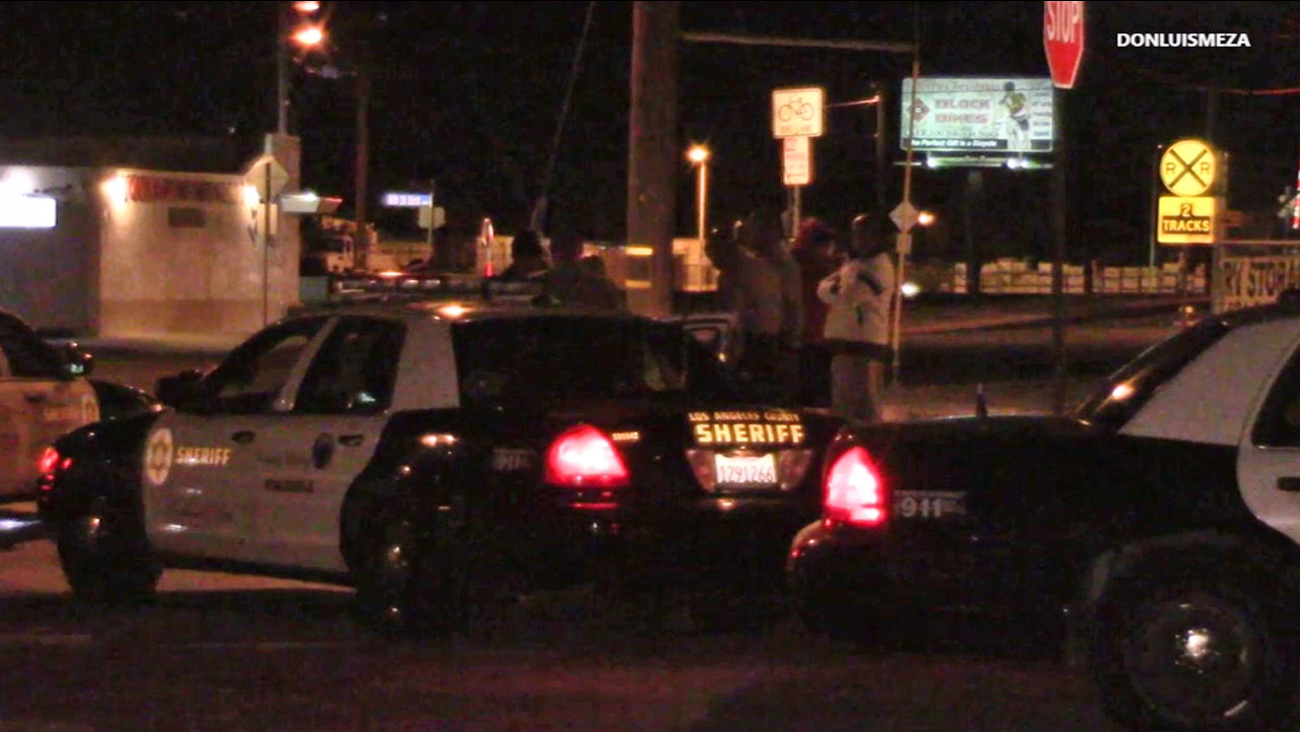 Authorities spoke with a carjacking victim in Palmdale on Thursday, Dec. 4, 2015. (KABC)

PALMDALE, Calif. (KABC) -- Authorities are searching for two carjackers suspected of holding an 18-year-old man at gunpoint and kidnapping him for a short time in Palmdale.

Around 7:44 p.m. Thursday, Los Angeles County sheriff's deputies responded to Avenue R and 6th Street. The victim was found and told investigators he had been dropped off by the suspects.

He said two men approached him at gunpoint and ordered him to drive to the location where he was dropped off. The suspects then drove off in the victim's blue 2000 BMW four-door sedan with the license plate #6UHX300.

Deputies also called the incident a kidnapping because the victim was held at gunpoint inside the car for a period of time.

Both suspects are described as black men in their 20s and one had a handgun.