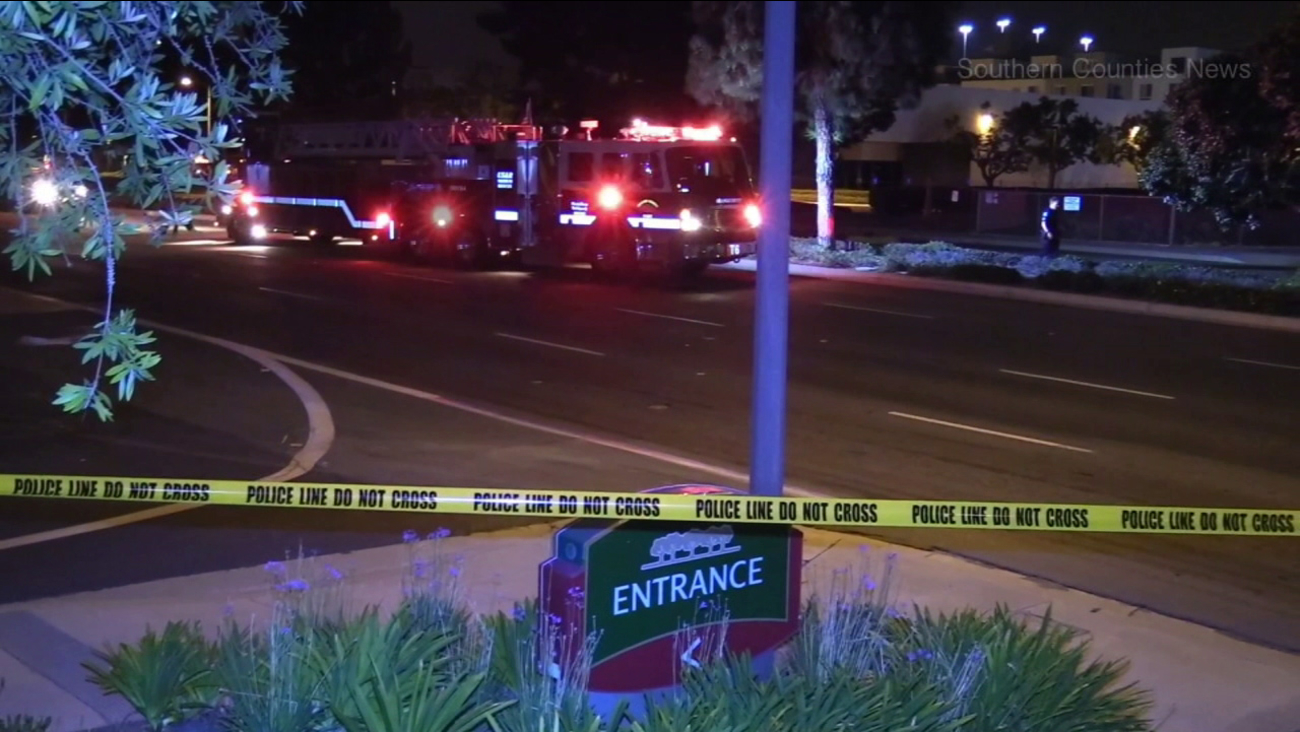 Firefighter-paramedics and police responded to a fatal crash in Irvine on Saturday, July 22, 2017. (Southern Counties News)

IRVINE, Calif. (KABC) -- Two women were killed and a man was critically injured in a car crash that sheared a fire hydrant early Saturday morning in Irvine, authorities said.

The collision happened about 2:20 a.m. on Jamboree Road, between Main Street and Kelvin Avenue, the Irvine Police Department said.

Officers and firefighter-paramedics responded to the scene, where the two female occupants of a Chevrolet Corvette were pronounced dead. They were later identified as Jamie R. Lopez, 26, of Santa Ana, and Nancy A. Ortiz, 26, of Garden Grove.

The man who was the car's third occupant was transported to a hospital in critical condition, authorities said.

Jamboree was closed in both directions as an investigation into the cause of the crash got underway.