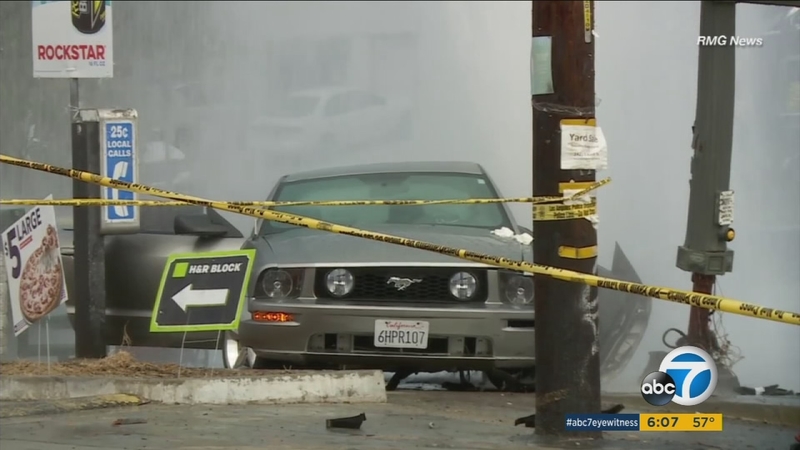 ECHO PARK, LOS ANGELES (KABC) -- Two women standing at a bus stop were killed and two other people were critically injured after a car struck a street light and fire hydrant in Echo Park on Sunday.

According to the Los Angeles Fire Department, a Ford Mustang fatally struck both victims, along with the street light and fire hydrant, near the 1000 block of Rosemont Avenue at Sunset Boulevard shortly before 9:30 a.m.

The women who were killed were between the ages of 50 and 70 years old, according to officials.

"Two of the Rampart officers were actually purchasing a meal for a local transient. They were actually inside the 7-Eleven and they were coming out when this accident occurred. They were actually able to pull one of the victims out from underneath the vehicle," Capt. Jonathan Tom with the Los Angeles Police Department explained.

Two other people were taken to nearby hospitals in critical condition. The driver had to extricated from the car.

"Braking, screeching, and then I heard a crashing noise and I heard this really loud woman yell, just screeching yell, and I thought,'My God, this is not a normal accident. I got to get out of my house and see what's going on," neighbor Mike Stanley recalled.

Authorities said they were still trying to determine the cause of the crash.