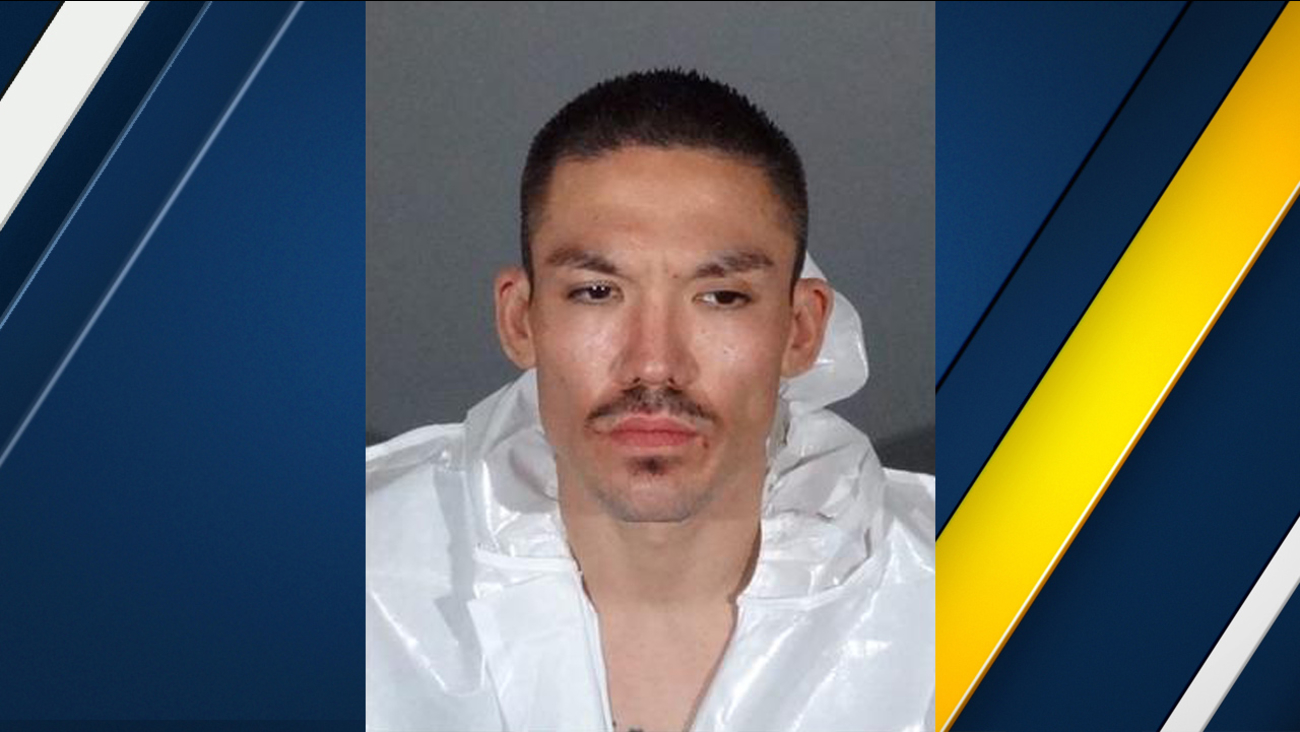 Lucas Fick, a 36-year-old parolee, is seen in a booking photo after his arrest on Sunday, Feb. 19, 2017. (Covina Police Department)

COVINA, Calif. (KABC) -- Two women were killed and a toddler was wounded in a shooting early Sunday morning in Covina, authorities said. A 36-year-old suspect was arrested after he asked a neighbor to call the police.

The incident was reported at 12:06 a.m. in the 700 block of Rancho Sinaloa Drive after parolee Lucas Fick told the neighbor that "something bad happened," according to the Covina Police Department.

Fick was accompanied by a 2-year-old boy who had suffered a gunshot wound to his back, investigators said.

When officers arrived at the scene, they entered a home and found two deceased women who had also been shot. Their names were not immediately released.

The child was rushed to a hospital where he underwent emergency surgery, police said. He is expected to recover.

Fick, on parole for ammunition possession, was arrested at the scene in connection with the shooting and on suspicion of possessing a firearm. He was being held without bail.