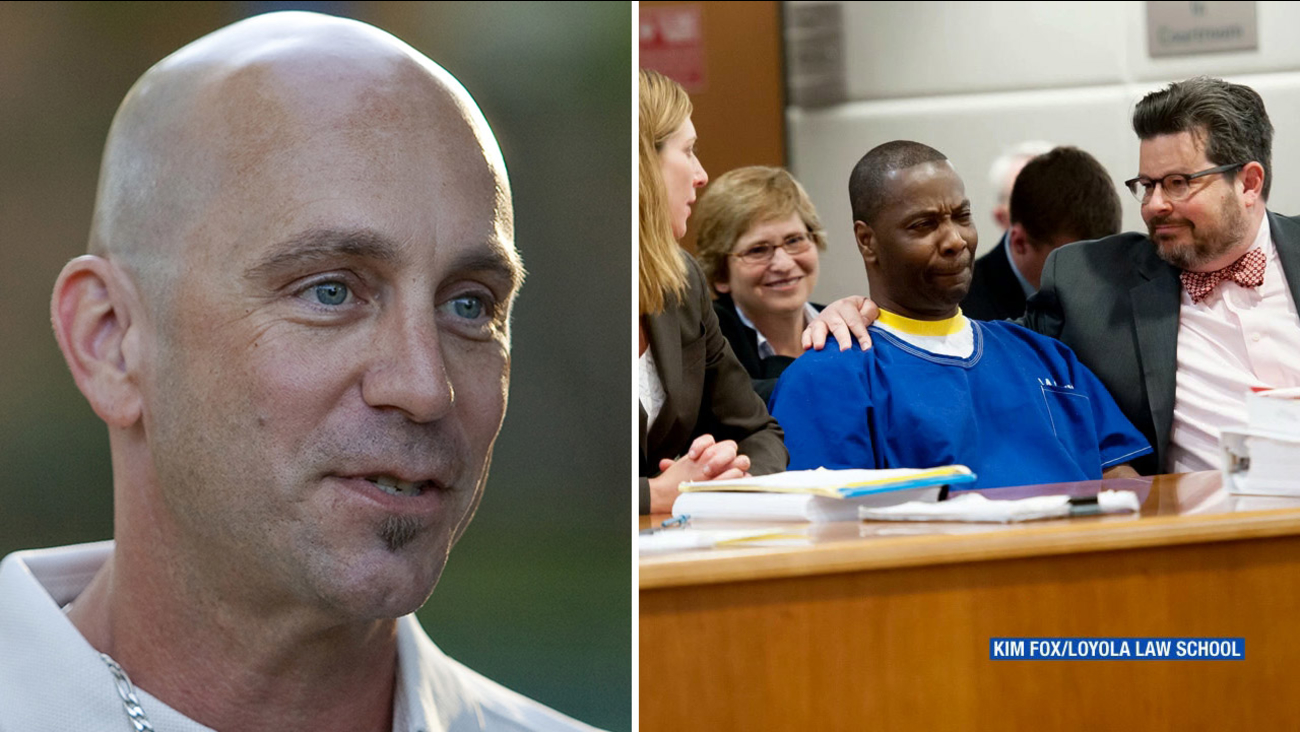 Bruce Lisker (right) and Kash Delano Register (left) received a $24.3 million settlement after each serving more than 25 years in prison for murders they did not commit. (AP/Kim Fox/Loyola Law School)

The lawsuits were filed by Kash Delano Register and Bruce Lisker, who each served more than 25 years in prison for murders they did not commit.

Register will receive $16.7 million for serving 34 and a half years in prison after he was wrongfully convicted of killing a man in West Los Angeles in 1979 when he was 18.

His conviction was overturned in 2013 after his attorneys argued that testimony in his favor had been withheld and there was no credible physical evidence against him.

The council also approved a $7.6 million payout to Lisker who served 26 years in prison after being wrongfully convicted in 1985 of murdering his mother.

His mother, Dorka Lisker, was found stabbed and beaten to death in their Sherman Oaks home in 1983 when he was 17.

Bruce Lisker's conviction was overturned in 2009 after a judge declared prosecutors had presented false evidence.