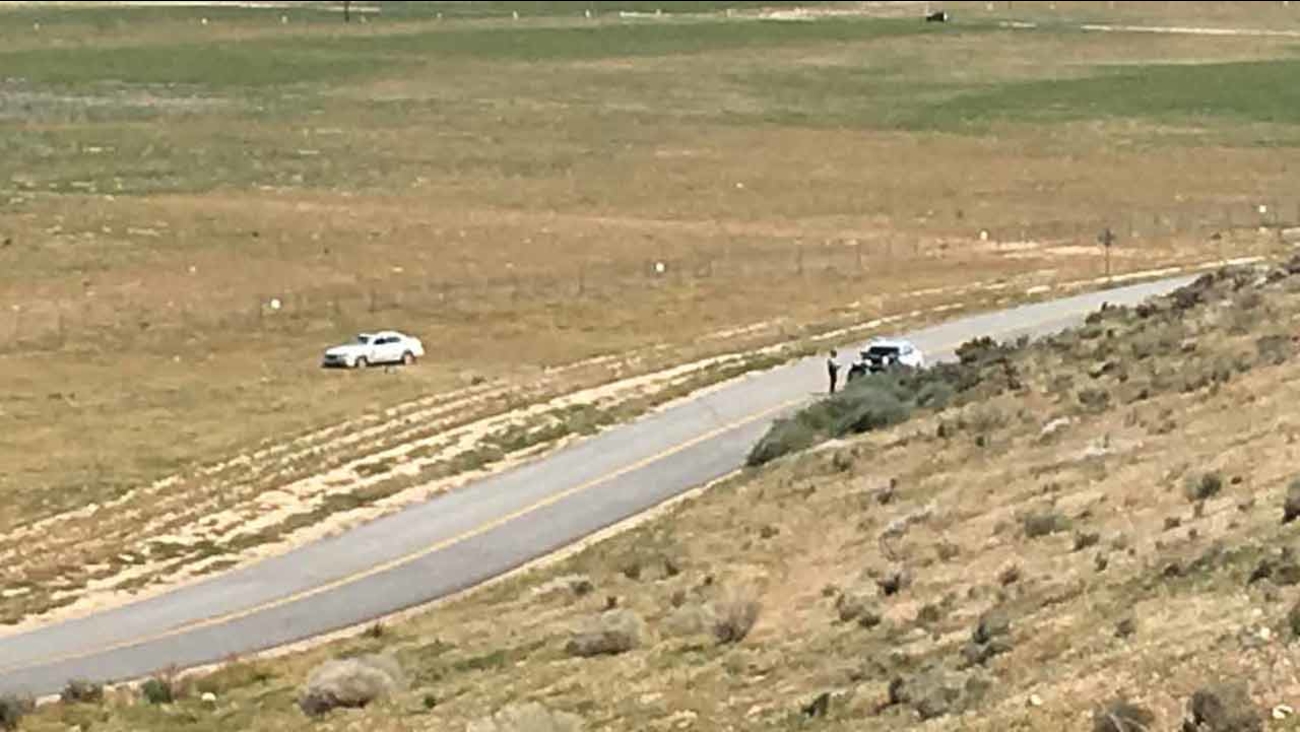 Emergency crews respond to the scene of a rollover crash where a 3-year-old child was ejected and died Saturday, April 2, 2016.

KABC
By ABC7.com staff
HESPERIA, Calif. (KABC) -- A 2-year-old girl has died after being ejected from a vehicle during a rollover crash in Hesperia, San Bernardino County sheriff's spokeswoman Cindy Bachman said.

The crash occurred in the 7500 block of Arrowhead Lake Road around 11:15 a.m. Saturday.

Hesperia PD said the driver, who is the father of the child, passed a slower moving vehicle in the opposing lane before losing control for unknown reasons. The white Nissan Maxima then left the roadway and overturned, ejecting the 2-year-old, later identified as Aalyah Zuniga of Victorville, from the sedan, police said. It was unclear if the deceased child was strapped to a car seat.

The victim was transported by an air ambulance to Loma Linda University Medical Center, where she succumbed to her injuries. Hesperia police said three siblings, ages 8 and 5 and 6 months old, suffered minor injuries.

The children's father was arrested and booked for suspicion of child endangerment and felony DUI, according to authorities.

Arrowhead Lake Road was closed in the area of the crash from 11:30 a.m. to 7:30 p.m. while the scene was investigated.

Anyone with information on the crash was urged to contact Hesperia police.