KABC
By Leanne Suter and ABC7.com staff
MANCHESTER, United Kingdom (KABC) -- The death toll climbed to 22, including children, after an apparent suicide bomber detonated an explosive device at the end of an Ariana Grande concert Monday night at Manchester Arena in northern England, police said.

The 23-year-old pop singer was uninjured in the incident, according to Joseph Carozza, a representative from Grande's record label.

"This is currently being treated as a terrorist incident until police know otherwise," the Greater Manchester Police said on Twitter.


Other social media accounts said at least one sudden loud noise was heard about 10:35 p.m. near bars at the arena where Grande was performing.

"A huge bomb-like bang went off that hugely panicked everyone and we were all trying to flee the arena," concertgoer Majid Khan, 22, told Britain's Press Association. "It was one bang and essentially everyone from the other side of the arena where the bang was heard from suddenly came running towards us as they were trying to exit."

Social media posts showed throngs of people fleeing from the venue amid a sea of pink balloons after the explosion, which left 59 people hospitalized.

Manchester Arena said on its website that the blast took place outside the concert. Some witnesses said it happened in the foyer of the arena just after the show.

Sixty ambulances and more than 400 police officers responded to the scene in the aftermath.

The unidentified male who carried out the attack was himself killed in the bombing, investigators said. No group has claimed responsibility.

Several hours later, Grande tweeted: "broken. from the bottom of my heart, i am so so sorry. i don't have words."

Meanwhile, the Los Angeles Police Department released a statement in the aftermath of the fatal episode.

"LAPD is aware of what happened in Manchester. We hope for the best, however, we are prepared for the worst," the agency said. "We are prepared with the adequate resources to keep the citizens of L.A. safe. Citizens of L.A. are our key sources of information when policing the city. If you see something, say something."

Spokespersons for the LAPD, Homeland Security and FBI said those departments would continue to monitor the situation in the United Kingdom.

The fatal incident prompted Facebook to activate its Safety Check feature, which allows users to let friends and family members know they are safe.

Grande was in the midst of her third concert tour at the time, supporting her newest studio album, "Dangerous Woman."

The tour has upcoming dates scheduled in Belgium, Poland, Germany, Switzerland and France, through the summer with stops in Brazil, Chile, Argentina, Costa Rica, Mexico and on to Japan, Thailand, the Philippines, New Zealand, Australia and more. 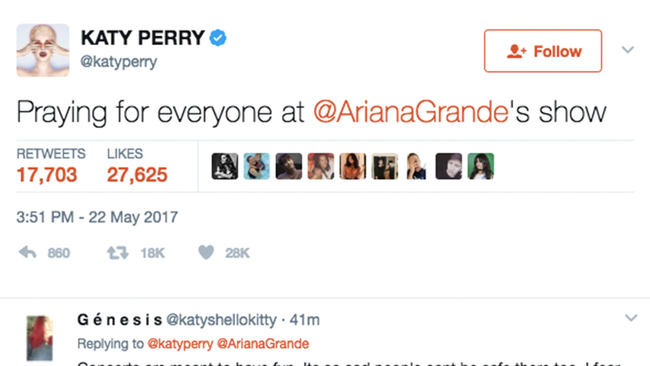 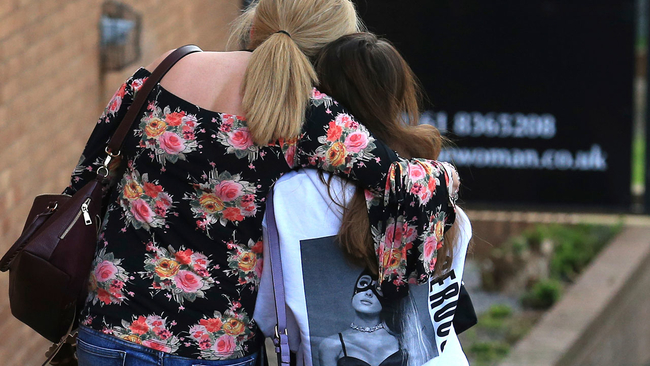 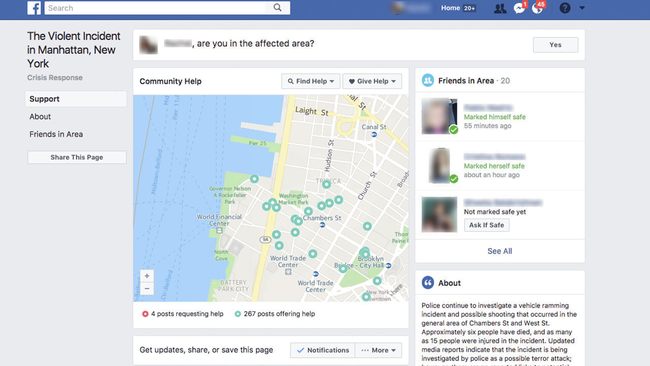