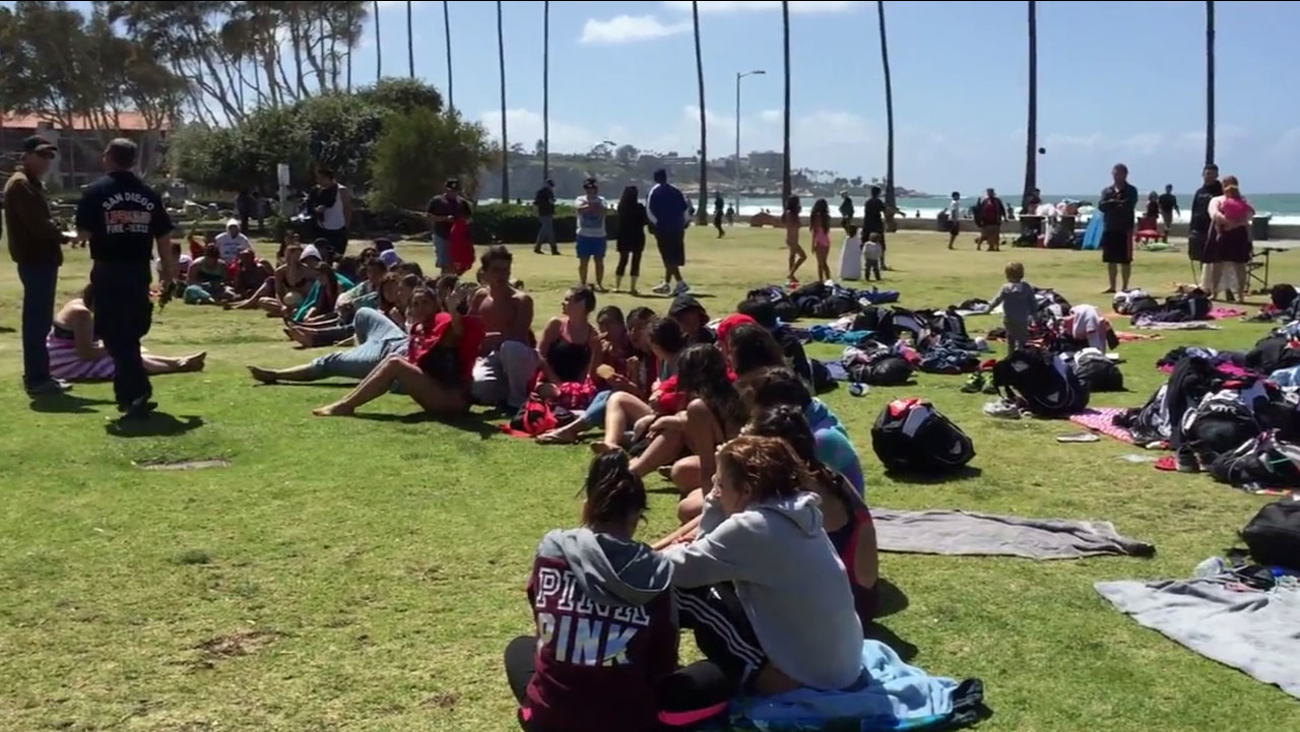 SAN DIEGO, Calif. (KABC) -- At least 22 students from Rancho Verde High School in Moreno Valley were rescued Tuesday afternoon from the waters off the coast of La Jolla, according to the San Diego Fire-Rescue Department.

The students were members of a swim team that were visiting the San Diego coast to compete in a long-distance swim as part of their annual beach swim training, officials said.

The group of 62 students and their two coaches were warned that the water was too cold to go swimming in, but the coaches told the lifeguards their students could handle the swim.

One student had a panic attack while in the water, according to officials with the Val Verde Unified School District, and that's when a few others began to panic.

"A couple of them started to panic which triggered other ones to get a little bit scared and it just snowballed into a mass rescue," said Sgt. Ed Harris with the San Diego Lifeguards.

Lifeguards on surfboards, jet skis and boats plucked 22 students out of the water around 1:15 p.m., some in shock and suffering from hypothermia.

San Diego Fire-Rescue Marine Safety Lt. John Sandmeyer said it was windy and the water temperature was about 59 degrees.

Lifeguards on water scooters ferried the victims to shore, where paramedics evaluated them.

An unconscious 16-year-old girl was transported to Scripps Memorial Hospital in La Jolla, and at least seven others were treated at the scene for excessive cold exposure.