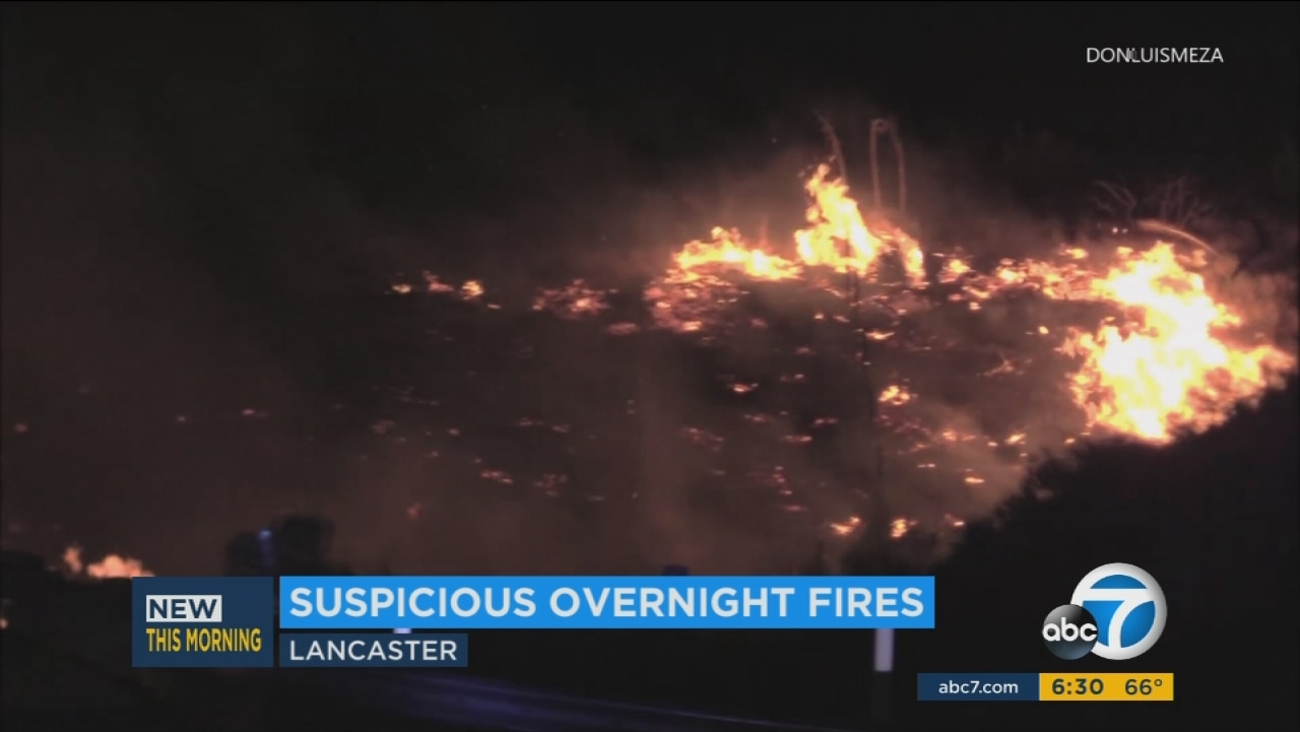 The brush fires burned along hillsides near the 14 Freeway between Pearblossom Highway in Palmdale and Avenue H in Lancaster. The first fire, reported about 12:30 a.m., started near Avenue K in Lancaster.

Most fires, burning a mixture of grass and brush, were contained right away, officials said.

The largest fire measured at 1.8 acres just south of Avenue S. The southbound lanes of the freeway were temporarily shut down as firefighters extinguished the blaze.

One witness spoke to Eyewitness News, saying he saw a man throw something out of a vehicle right before one of the fires erupted.

"It was thrown. As soon as it hit the floor, it pretty much popped and it sent, like, electric feed out. That pretty much started the fire from there," he said.

Investigators said all fires were considered suspicious, but arson investigators later determined they weren't started by anyone.

Detectives believe the spot fires may have been started by a catalytic converter failure.