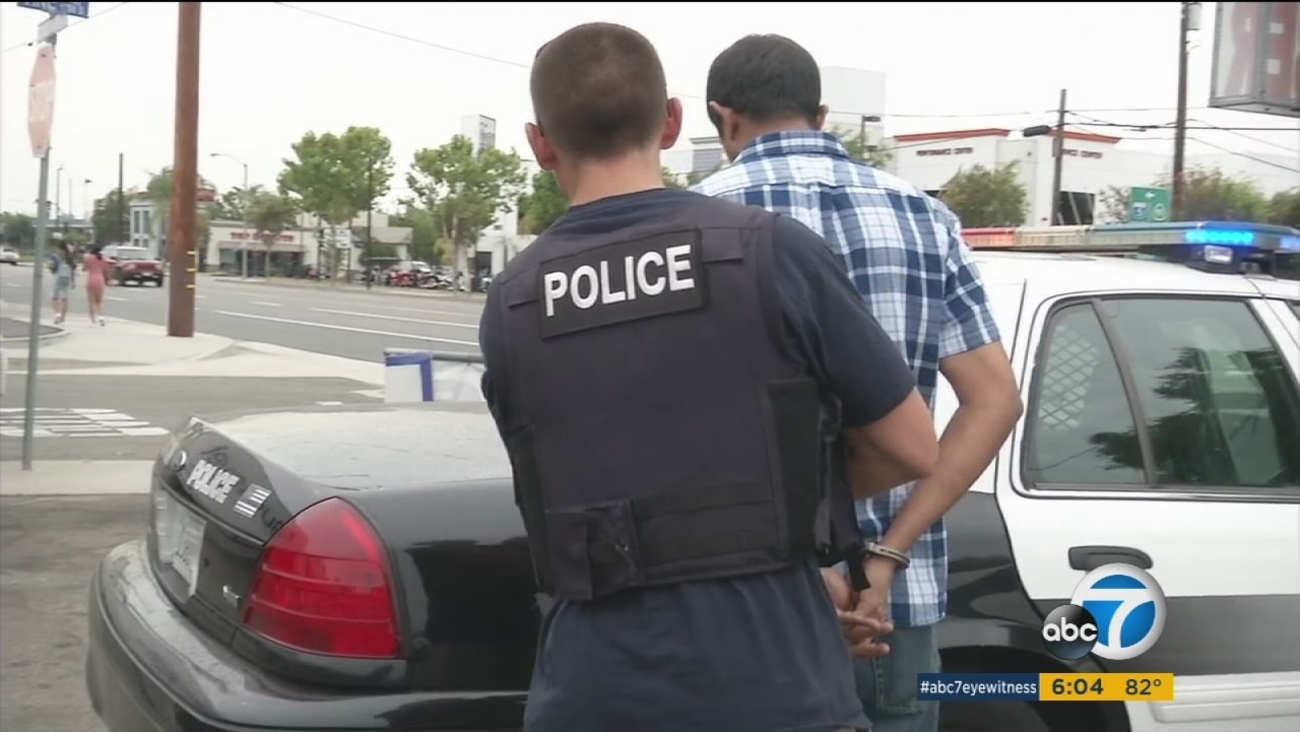 A Fullerton officer arrests the manager of a business suspected of posing as a video game arcade to run a gambling operation. (KABC)

With the help of the Department of Justice, officers walked people out of Video Game Lounge in the 2600 block of West Orangethrope. An investigation began after police received complaints from neighbors about late hours, gang members intimidating customers and a long list of illegal activities.

"As a result of a lengthy investigation conducted by our narcotics-vice unit, we have determined that we believe there has been illegal gambling going on at both of these locations," Sgt. Jon Radus said.

There was also a machine that gambling centered around. Authorities said people gave the owner a minimum amount of money for credits and collected it if they won.

One woman who plays at the lounge said she didn't believe it was gambling.

"Sometimes you're low on some cash or something and you just want to go in and get extra cash or a prize," Mary DeLeon said.

Officers confiscated every machine inside the business. They also took the manager of the lounge into custody.

Frustrated business owners said they were relieved to see police take action and hope it means the location will shut down for good.

"Eliminate this infestation of these types of operations across, not only Fullerton, but every city that they try to pop-up in," said Kevin Bell, general manager for Bob Marriott's Fly Fishing Store.

The lounge manager faces a charge of possessing an illegal gaming device.