Canter's bakery shuts down due to vermin infestation, reopens with C health grade 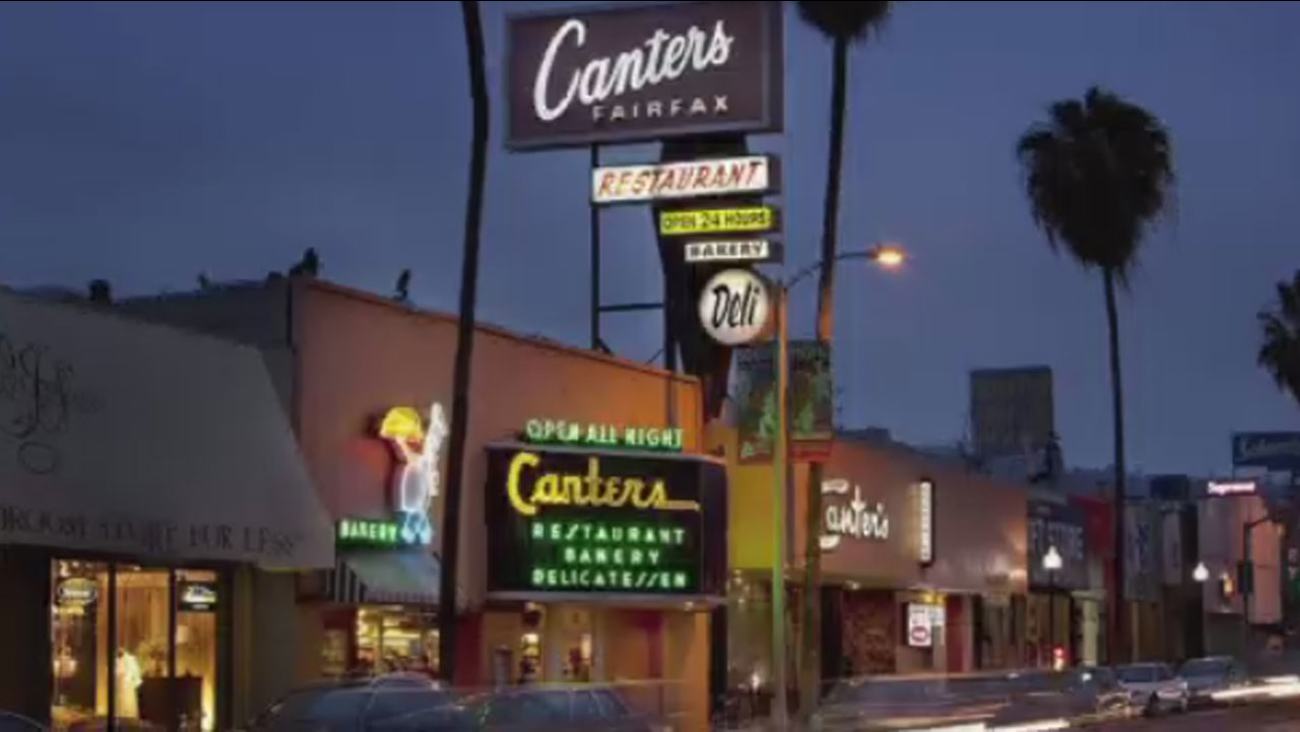 The famed restaurant in LA's Fairfax district was cited for a slew of health code violations -- 11 in total -- including a vermin infestation that triggered the brief closure.

LOS ANGELES (KABC) -- Longtime Los Angeles deli/bakery Canter's was shuttered for three days in August and reopened with a "C" health grade, according to the Los Angeles County Department of Public Health.

The famed restaurant in LA's Fairfax district was cited for a slew of health code violations -- 11 in total -- including a vermin infestation that triggered the brief closure from Aug. 7 to Aug. 10.

Among the other major violations were food contact surfaces that were not clean and sanitized and food that was not in good, safe and unadulturated condition, according to the LA public health department.

Overall, the health department gave Canter's a 72.0 health score, which is equivalent to a "C."

In a statement issued by the restaurant's co-owner, Jacquelyn Canter, the eatery's age was pointed out.

"When people ask, we are an 85-year-old restaurant and are having some growing pains as we evolve," Canter said. "We messed up and the basement wasn't up to our standards and we won't let it happen again."
Report a correction or typo
Related topics:
businesslos angeleslos angeles countyhealthbusinessfood
Copyright © 2020 KABC-TV. All Rights Reserved.
More Videos
From CNN Newsource affiliates
TOP STORIES