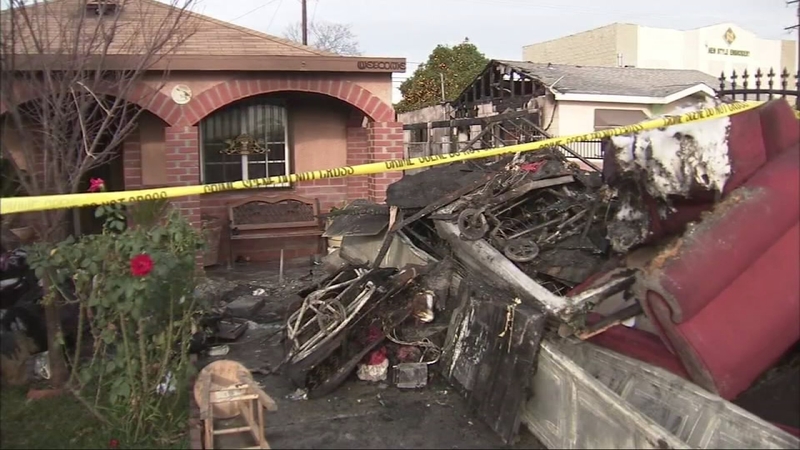 The fire erupted around 3 a.m. Wednesday on the 3900 block of Arden Drive. Investigators say the fire spread from a front home to a converted garage in the back. An adjacent home also suffered extensive damage.

It took firefighters about 40 minutes to knock down the flames at the single-story homes.

A woman, who was trying to shield her children from the flames, was transported to a local hospital with minor burn injuries.

Investigators say the fire may have started in a car that was parked in the driveway.

"It might be a vehicle. The vehicle that is suspect is actually a non-operating vehicle, so our arson units here are determining a cause," said Chief Dave Thies with the Los Angeles County Fire Department.

The American Red Cross was called in to assist displaced residents. Officials initially said 30 people were displaced by the fire, but they later lowered that number to two dozen.