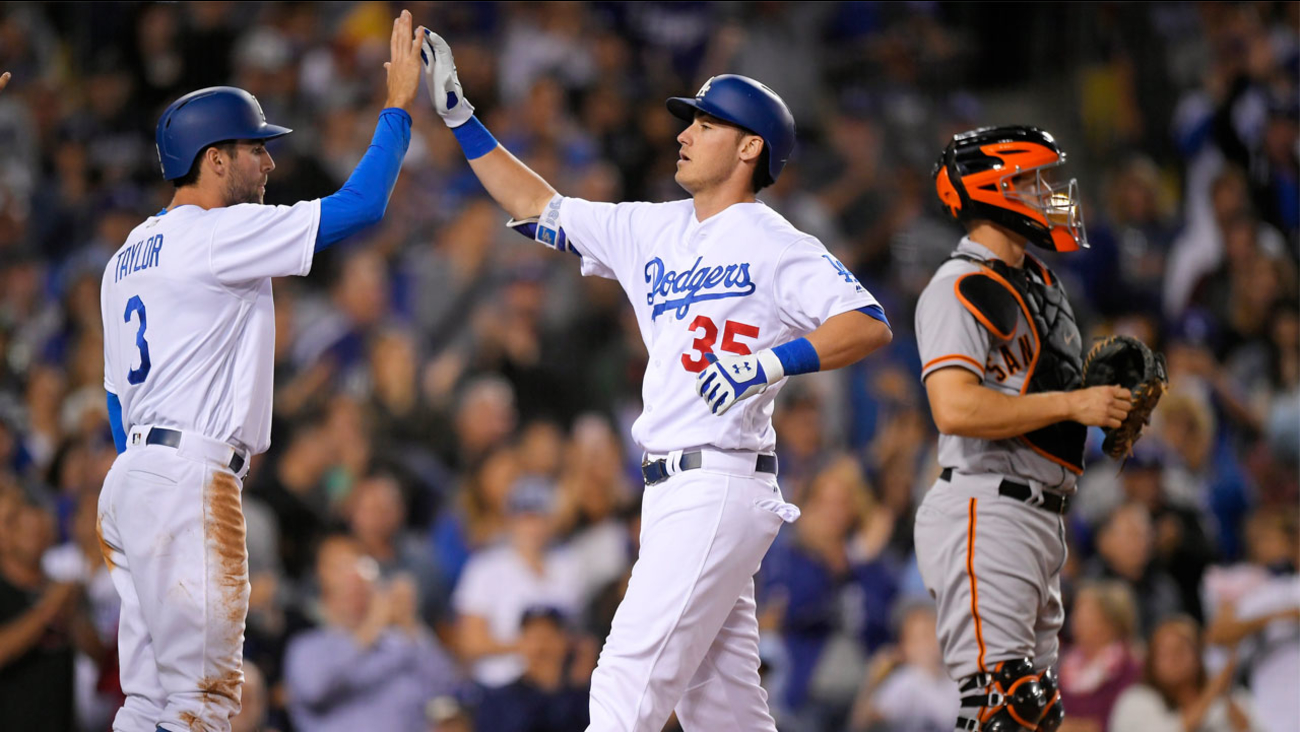 Los Angeles will open the NL Division Series at home on Oct. 6. The Dodgers are seeking to reach the World Series for the first time since 1988 under manager Tommy Lasorda, who was on hand at Dodger Stadium to celebrate his 90th birthday.

"Hey, this is for you Tommy," Dodgers manager Dave Roberts said. "Happy birthday from the players, the staff, the fans."

Bellinger hit a three-run homer in the third off Jeff Samardzija (9-15), topping the NL rookie mark set by Wally Berger in 1930 and matched by Frank Robinson in 1956.

The only rookies with more homers than Bellinger are Mark McGwire (49, 1987) and Aaron Judge (46, this season with the New York Yankees).

After a record run that saw the Dodgers push their record to 91-36, they had gone just 6-20 - including a dismal 1-16 stretch - to make clinching their division more laborious than anticipated. Los Angeles stopped a nine-game home losing streak.

Rich Hill (11-8) allowed one run and five hits in six innings with ninth strikeouts. Pedro Sandoval homered leading off the ninth against Kenley Jansen, who struck out the next three batters for his 40th save in 41 chances.

San Francisco went ahead in the first when Gorkys Hernandez reached on a bunt single, stole second and scored on Buster Posey's single.

Logan Forsythe doubled with one out in the third and scored on Hill's first double in 10 years. Corey Seager walked and Bellinger homered.

Cleveland lost 3-1 to the Seattle Mariners Friday, leaving the Dodgers two games up on the Indians for best overall record and home-field advantage throughout the postseason.

Giants: Manager Bruce Bochy said OF Austin Slater is dealing with a sore right hip flexor. He could be out for a couple days.

Dodgers: RHP Josh Ravin was placed on the 60-day DL with sore hip and groin, and RHP Brandon McCarthy (knee tendinitis was activated. Manager Dave Roberts said McCarthy will be given a chance to earn a postseason reliever's role. ... 3B Justin Turner did not start because of a sore right thumb hit by a pitch Thursday and because he was dealing with a virus.