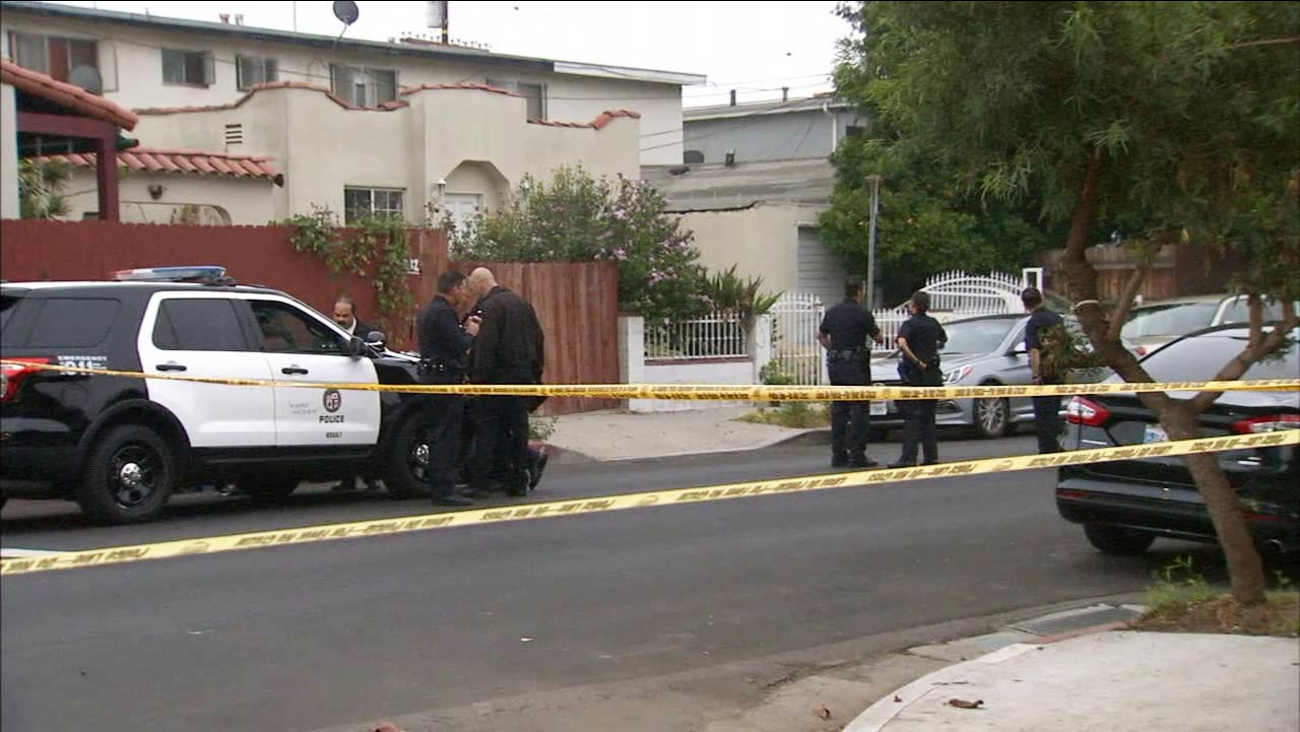 Crime scene tape ropes off the scene of a fatal shooting in Mid-City on Wednesday, June 17, 2015. (KABC)

MID-CITY, LOS ANGELES (KABC) -- An investigation is underway after a 25-year-old man was found shot to death early Wednesday morning.

Police were called to the 1700 block of Longwood Avenue shortly after 3:30 a.m. and found the victim shortly afterward.

The victim was identified as Kehende Lang of Los Angeles.

The motive behind the shooting remains unknown. Possible suspect information was not immediately available.