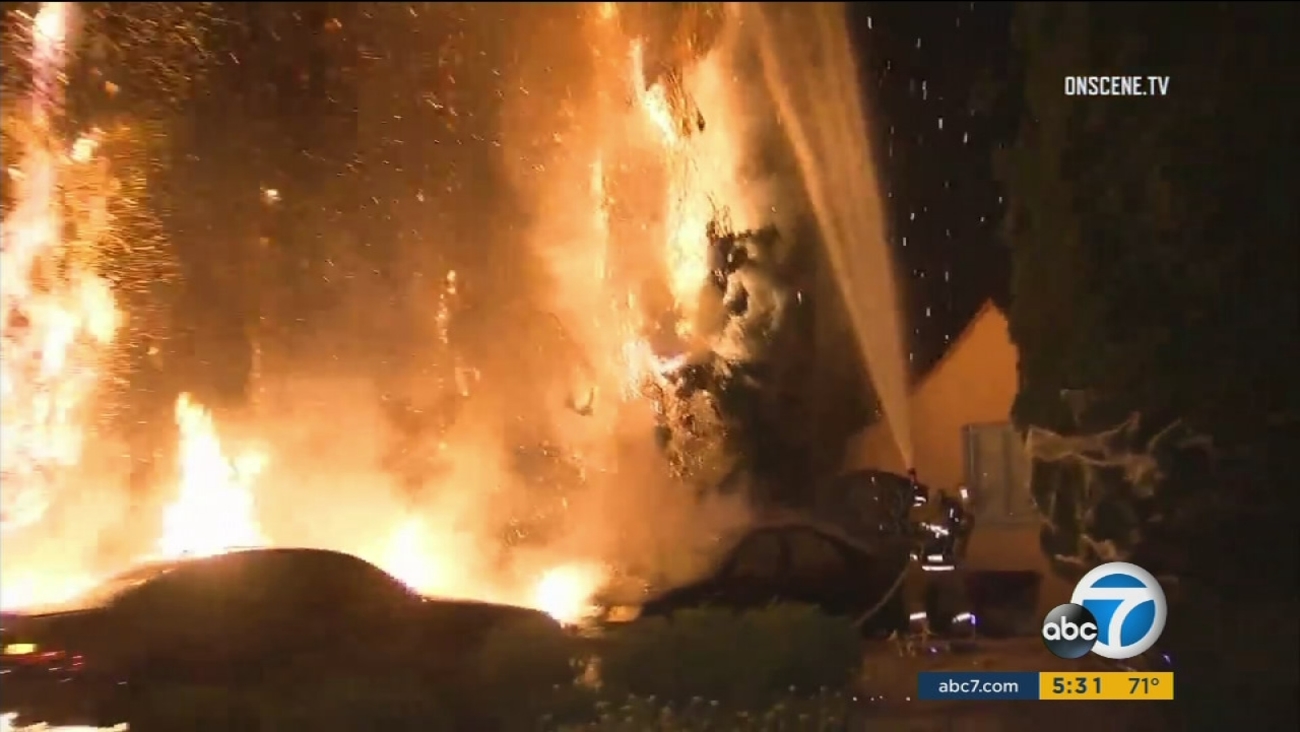 Palm trees and a vehicle are on fire in front of a North Hollywood home in a series of suspicious fires that erupted overnight on Thursday, Oct. 19, 2017. (KABC)

NORTH HOLLYWOOD, Calif. (KABC) -- A second suspect has been arrested in an investigation into a series of intentionally set fires that erupted in North Hollywood from late September through mid-October, officials announced.

Brandun Clemons, 25, was taken into custody in at the end of October, according to a Monday statement from the Los Angeles Fire Department, whose Arson Counter-Terrorism Section conducted the investigation.

Clemons, a North Hollywood resident, was charged by the L.A. County District Attorney's Office with four counts of arson of property and one count of aggravated arson, all of which are felonies. He was being held in lieu of $1.78 million bail.

After the string of trash fires and vegetation fires, LAFD investigators interviewed numerous residents in the area who were affected by the incidents.

According to the fire department, surveillance video and a description from neighbors led authorities to Clemons, who lives near the location of several of the blazes.

Those fires are believed to be unrelated to the ones allegedly set by Angelina McWhirter, who was also arrested at the end of October on suspicion of arson in North Hollywood, the news release said.