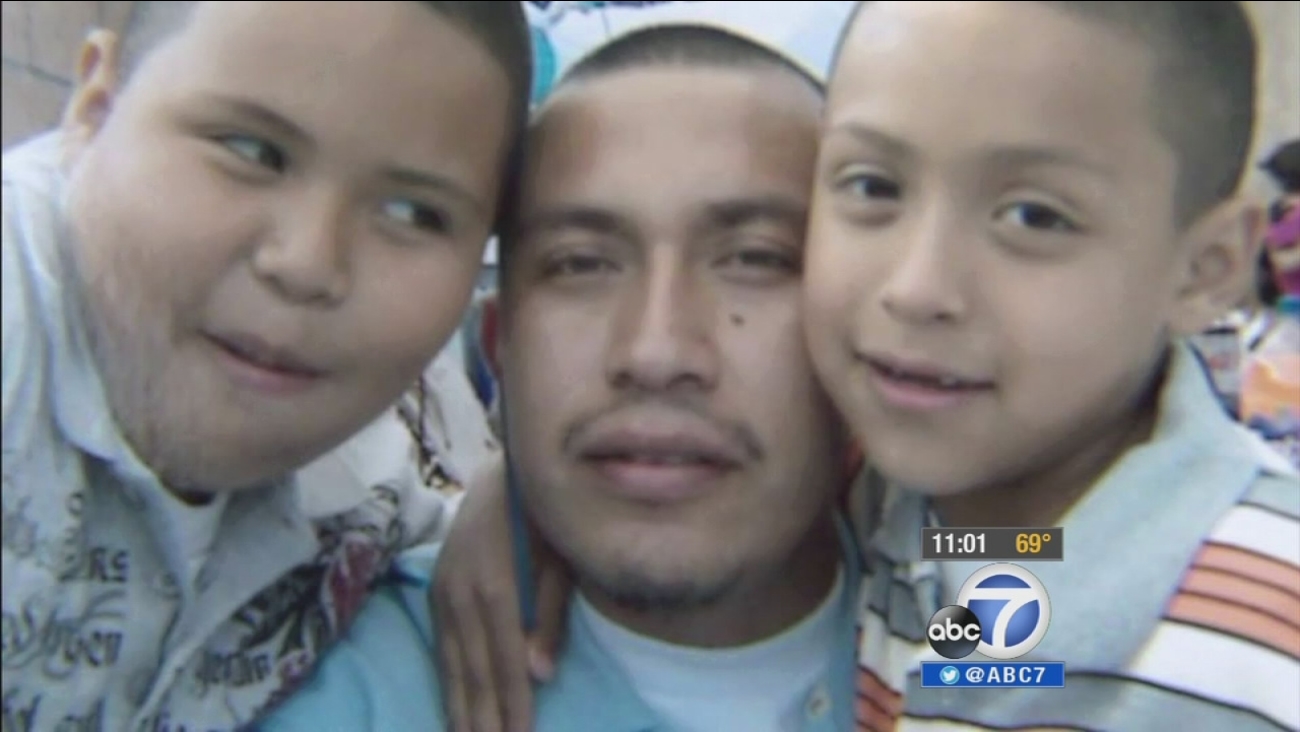 Omar Abrego, 37, is shown with his two children in this undated file photo. (KABC)

Sgts. Robert Calderon and Jeff Mares are assigned to the Newton division gang unit. On Aug. 2, the two were flagged down and told about a suspicious white vehicle in the area.

During a search, the officers tried to stop a vehicle matching the description. The car was driving at a high speed and nearly hit a pedestrian in a crosswalk.

The driver, later identified as 37-year-old Omar Abrego, stopped in the 6900 block of South Main Street and attempted to flee on foot, police said.

Abrego obtained a laceration to his face and was taken to a hospital, where he later died. One officer received a knee injury and the other suffered a hand fracture.

An investigation into the use of force continues. It will be reviewed by the police chief, Officer of the Inspector General and Board of Police Commissioners.