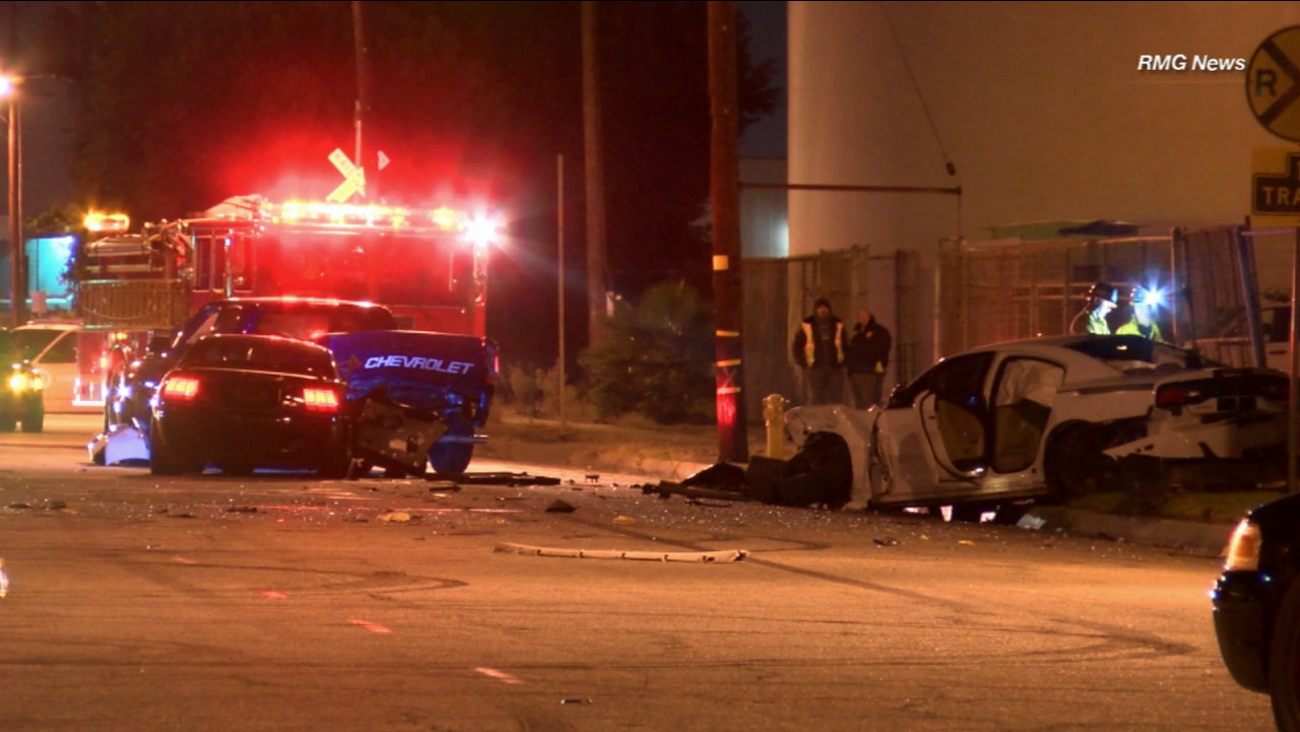 Three cars authorities believe were involved in an illegal street race in Commerce are shown in an image above on Saturday, Nov. 14, 2015. (KABC)

Authorities received a call around 1:07 a.m. regarding the crash. The cars were said to be racing down South Malt Avenue.

When the three cars crashed, all of the passengers were ejected from the vehicle. Three were pronounced dead at the scene and two were taken to a nearby hospital in unknown conditions.