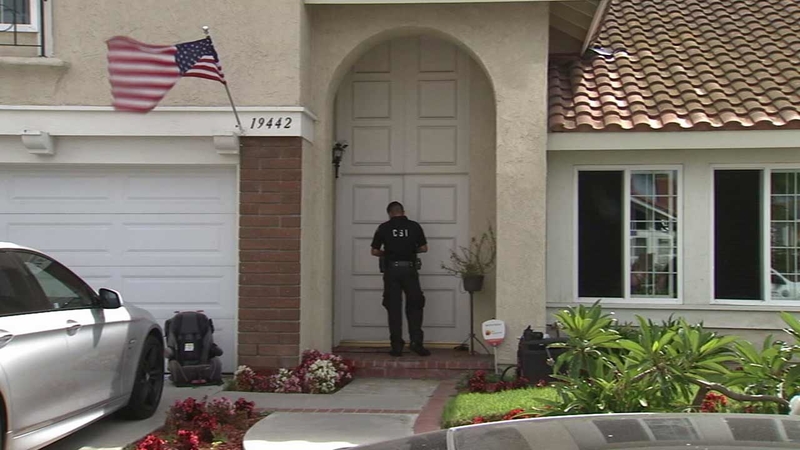 HUNTINGTON BEACH, Calif. (KABC) -- The search is on for three armed robbery suspects who burst into a Huntington Beach home with guns drawn on Tuesday.

According to police, a woman knocked on the door of a home on the 19000 block of Coralwood Lane around 9:15 a.m. There were five people inside of the house at the time - two men, two women and a 16-year-old girl.

When one of the women answered the door, two men armed with guns entered the home and demanded money.

According to police, the suspects fled the scene without taking any property from the home. No one inside the house suffered any injuries. The reason why the suspects fled without getting their demands met was not immediately known.

Huntington Beach police initially said the suspects had posed as solicitors, but later said that was not the case.

The incident is being investigated by Huntington Beach detectives.

Authorities were searching for three suspects - a woman and two men. The woman was described as having dark skin, in her early 30s, wearing a white T-shirt and dark shorts.

The two men were both described as black and in their early 30s. One was described as wearing a gray T-shirt, black pants and a black knit cap. A description of what the second male suspect was wearing was not available.

All three fled the scene on foot. Police said the female suspect and one of the males were seen running westbound from the scene, and the second male suspect was seen fleeing northbound.

Authorities are also searching for a suspicious car seen in the area prior to the home invasion. It was described as a white Chevy Malibu.