3 injured, 2 critically, in wrong-way crash on 215 Freeway in Riverside 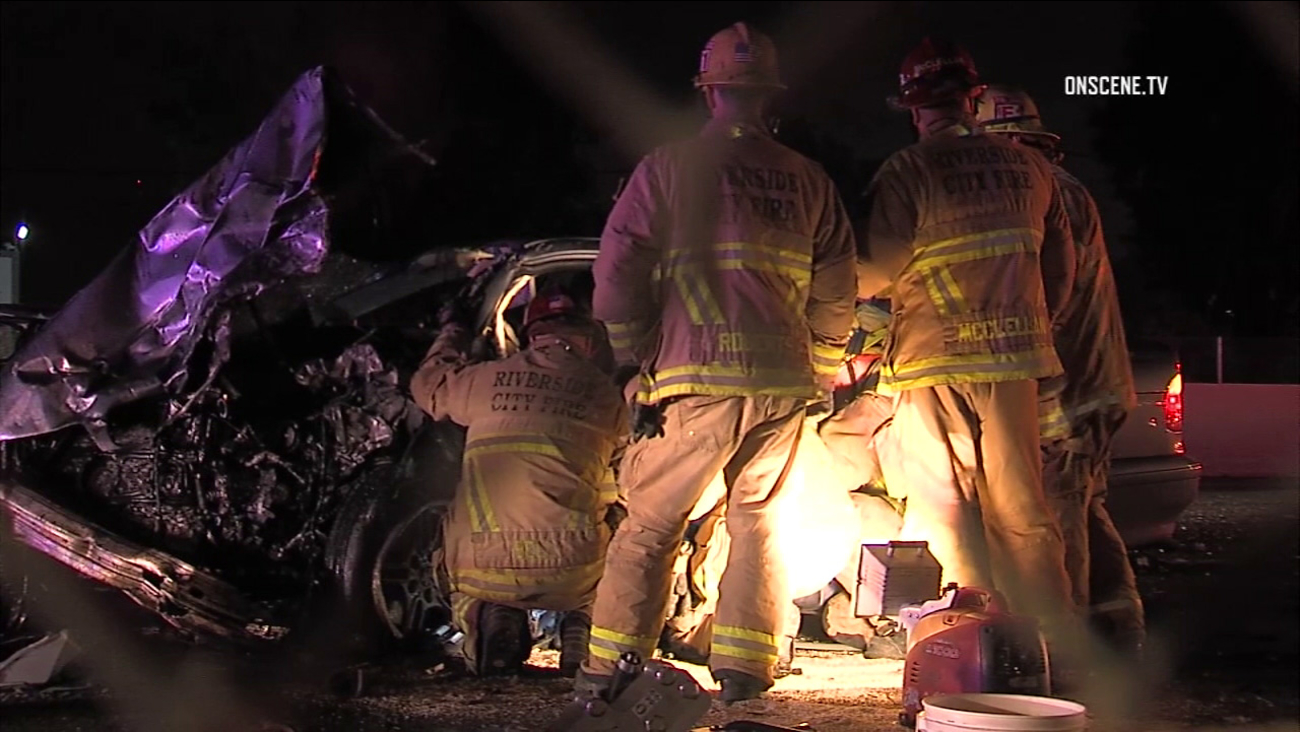 Riverside firefighters tend to an injured driver after a wrong-way crash on the 215 Freeway on Sunday, March 26, 2017. (OnScene)

RIVERSIDE, Calif. (KABC) -- Three people were injured, two of them critically, in a wrong-way crash on the southbound 215 Freeway in Riverside early Sunday morning, authorities said.

Firefighter-paramedics responded just after 1:30 a.m. to the scene just north of Columbia Avenue, according to the Riverside Fire Department. A motorist had been reported to be traveling northbound in the southbound lanes before the collision.

At least two people were trapped inside two vehicles that sustained major front-end damage, fire officials said. They were extricated by firefighters who used the Jaws of Life.

The two critically injured patients were rushed to a trauma center, and the third person was transported to a local hospital with major injuries.

It was not immediately known if alcohol or drugs were a factor in the incident.