Hossein Nayeri, 37, Jonathan Tieu, 20, and Bac Duong, 43, were last accounted for around 5 a.m. Friday. By 9 p.m., authorities at the jail discovered the inmates were unaccounted for. A search of the Central Jail Complex and adjacent Santa Ana Civic Center were then conducted with no results.

During a Saturday press conference, sheriff's officials said the inmates escaped with a "very well thought-out plan" that could have taken weeks or months to complete.

Officials said the inmates cut through 1/2-inch steel bars and plumbing tunnels to gain access to an unsecured roof. All three men then used sheets to rappel down to the ground and fled on foot.

"The sheriff's No. 1 priority in this is the safety of our community," Lt. Jeff Hallock said during a press conference. "We have dedicated all available resources to this search and investigation so that we may bring all three inmates back into custody."

Hossein, who has been in custody since September 2014, faces charges for kidnapping, aggravated mayhem, torture and burglary. He was held without bail, according to Hallock.

Tieu faces charges for murder, shooting at an inhabited home, a criminal street gang enhancement and attempted murder. He was held on a $1 million bail and had been in custody since October 2013.

A $20,000 reward was being offered by the FBI for information leading to the arrest of any and all escapees. 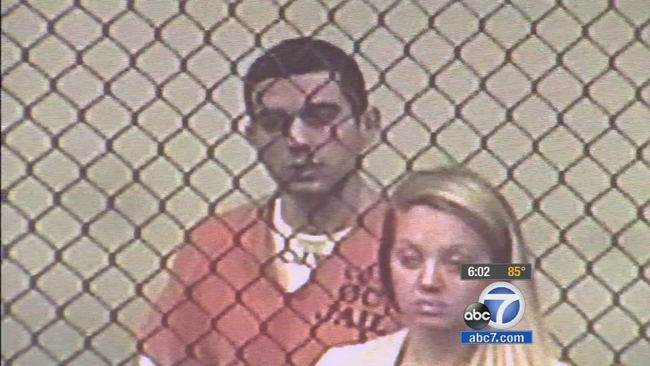