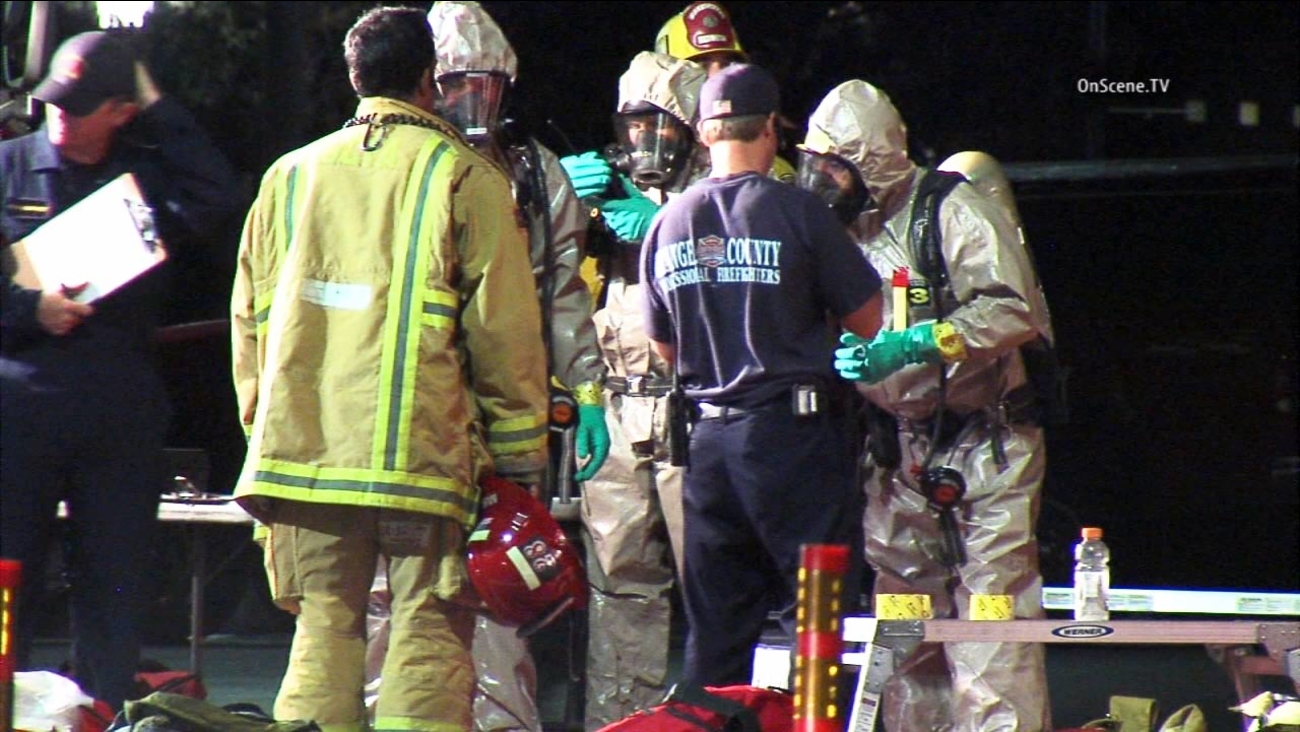 Hazmat officials are shown at University of California, Irvine on Friday, Aug. 14, 2015. (KABC)

IRVINE, Calif. -- Three workers at the University of California, Irvine were rushed to the hospital after breathing toxic fumes.

Fire crews said two students were doing research at a science building when they started smelling a strong odor of gas around midnight.

The students immediately called for help.

Three maintenance workers who were in the building became dizzy and experienced shortness of breath. They are expected to be OK.