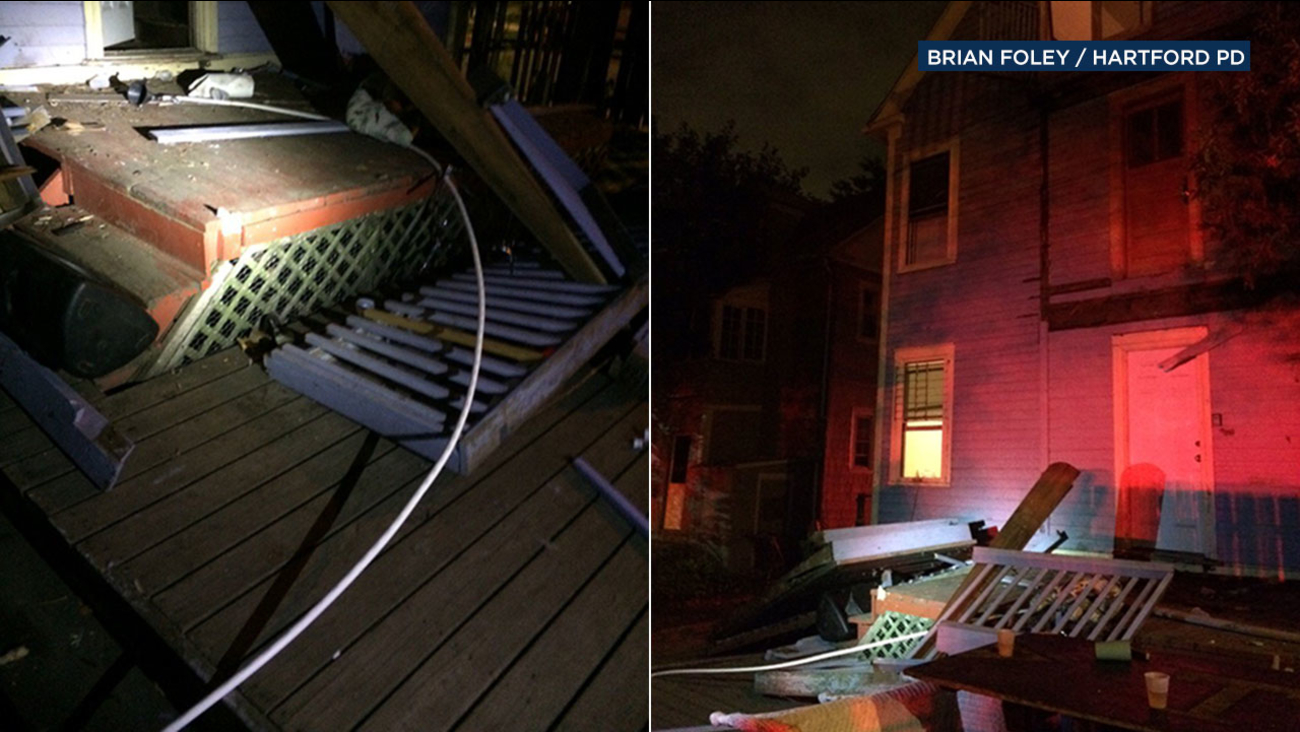 About 30-40 people were injured when a deck collapsed at an off-campus party at Trinity College in Connecticut. Police say a 3-story beer bong (left) was found in the wreckage. (Deputy Chief Brian Foley / Hartford PD)

HARTFORD, Conn. -- Between 30 and 40 people were hurt after a deck collapsed at an off-campus party at a house near Trinity College in Hartford, Connecticut, police said.

No major injuries have been reported.

Deputy Chief Brian Foley of the Hartford police posted on his Twitter feed that a third-floor deck of a house about two-tenths of a mile from the Trinity campus collapsed onto a second-floor deck, which subsequently fell onto a first-floor deck.

He noted that in the wreckage, officials found a tube with a funnel that appeared to be a three-story beer bong.

Foley says the injured have been sent to area hospitals.

Trinity College is a liberal arts school in Hartford with about 2,200 students. It's the second-oldest college in Connecticut after Yale.

The house is not owned by Trinity College, a private liberal arts college and the second-oldest college in Connecticut after Yale University.