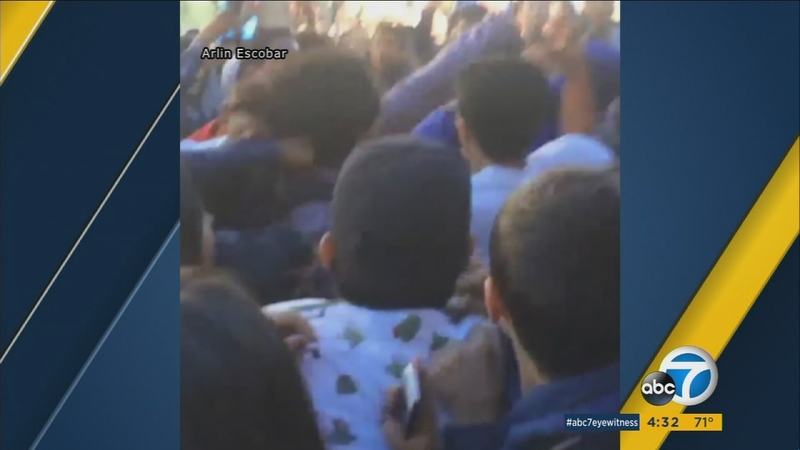 HAWTHORNE, Calif. (KABC) -- Hawthorne High School administrators focused on restoring peace and order Thursday in the wake of a violent brawl on Tuesday.

By the estimate of a Hawthorne Police Lieutenant about 200 to 300 students joined in multiple fights that just seemed to spread.

Administrators are reviewing cell phone footage and much more. High definition images of the fights were caught on security cameras.

On Thursday, 30 students were identified, suspended and, in some cases, permanently expelled. Three others were arrested for felony assaults on officers, where one was kicked in the head.

Since Tuesday's brawl, social media posts have popped up threatening more trouble. A mother, who did not want to be identified, blamed lax discipline at the school.

She joined other parents who kept their students at home Thursday.

"We allowed them to take them off campus, and I asked the students to make sure they emailed their teachers so they wouldn't miss the assignment," Assistant Superintendent Mike Ono said.

Thirty-two school security officers and staff from the district office were deployed to keep the peace. The deployment will last at least until the Thanksgiving break.

"I know that we have offered also additional counseling this morning to help students who are still fearful," Ono said.

"It is pretty frustrating because it doesn't make us look any better," one student said.

About the cause of the violence, school officials said though it appears race played a role in how the fights spread, they don't know if race was behind the first punch that was thrown.
Related topics:
hawthornelos angeles countyfighthigh schoolstudents
Copyright © 2021 KABC-TV. All Rights Reserved.
RELATED 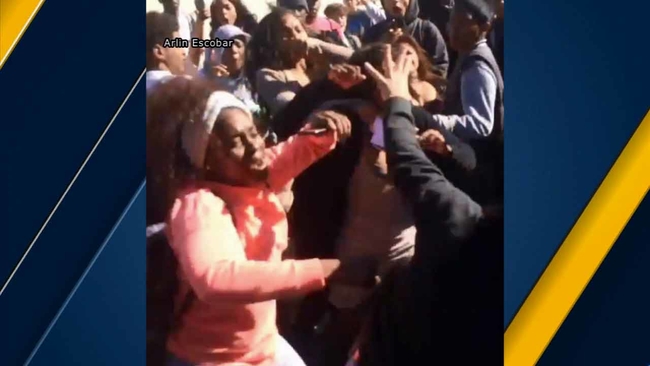