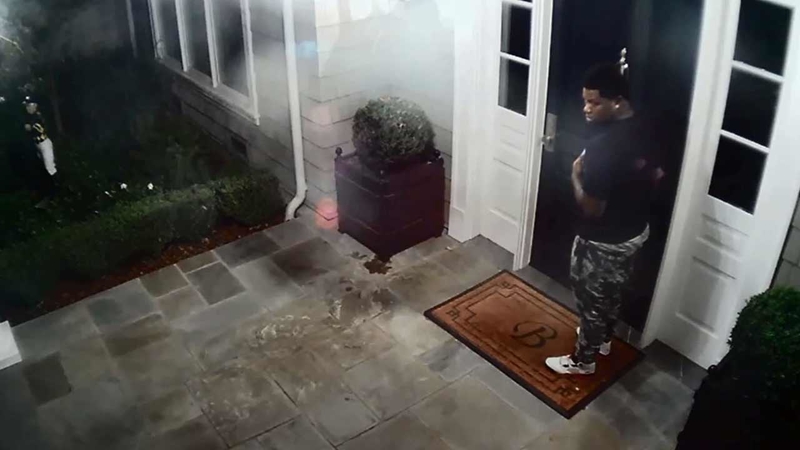 LA CANADA FLINTRIDGE, Calif. (KABC) -- Sheriff's deputies are searching for four suspects who were caught on camera breaking into a home in La Canada Flintridge on Oct. 29.

One of the four suspects knocked on the front door, rang the doorbell and then peeked into several windows before calling the three other suspects. The group of four, three men and one woman, then forced their way into the home.

"He found out nobody was home and then he turned around and got on his cellphone, and then got in touch with his three accomplices who ended up going around to the rear of the location and breaking in," said Detective Rodger Burt of the Crescenta Valley Sheriff's Station. "Once they got inside the house, the motion detector picked them up and the alarm went off, and it was a very loud alarm, which caused them to run out of the house without getting any property."