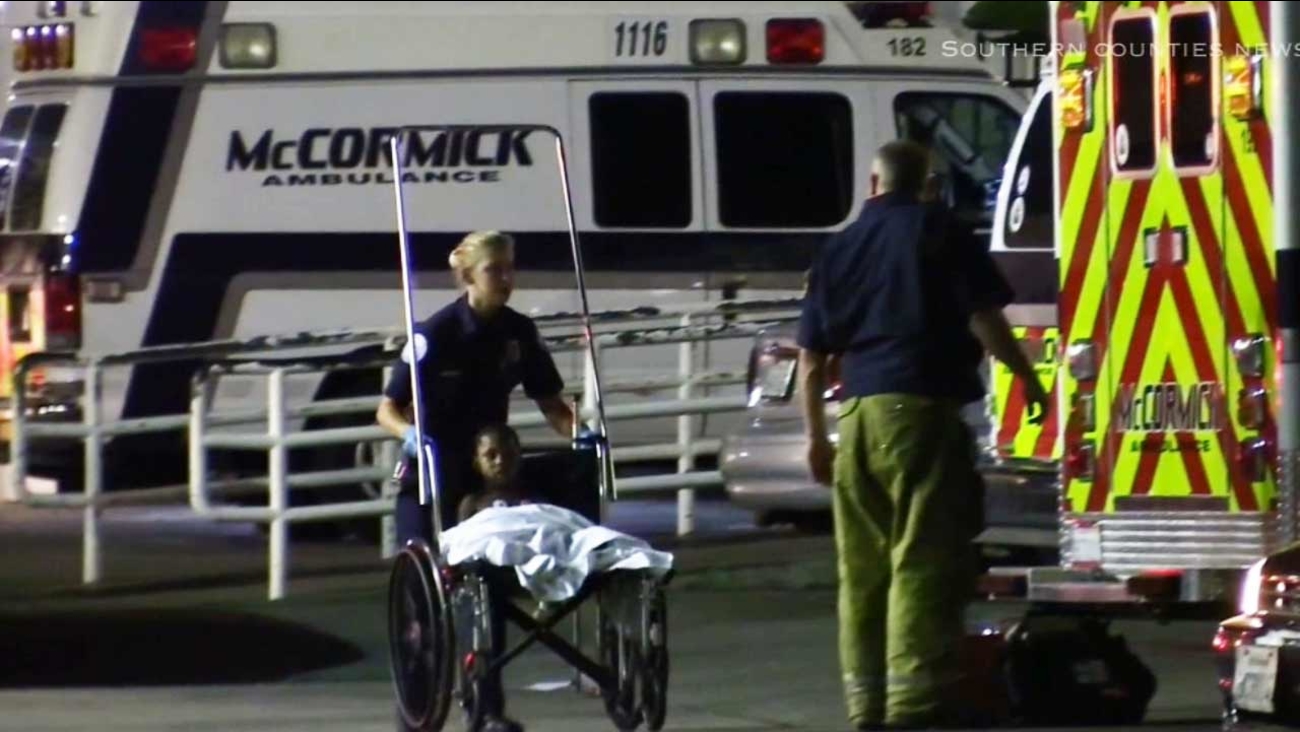 SOUTH LOS ANGELES (KABC) -- A woman and two boys, ages 4 and 11, were wounded in a triple shooting in South Los Angeles Thursday night.

According to police, a suspect walked up to their vehicle in the 2000 block of W. 99th Street and opened fire at about 9:50 p.m.

The motive for the shooting remains unknown, but police do not believe the victims are gang members.