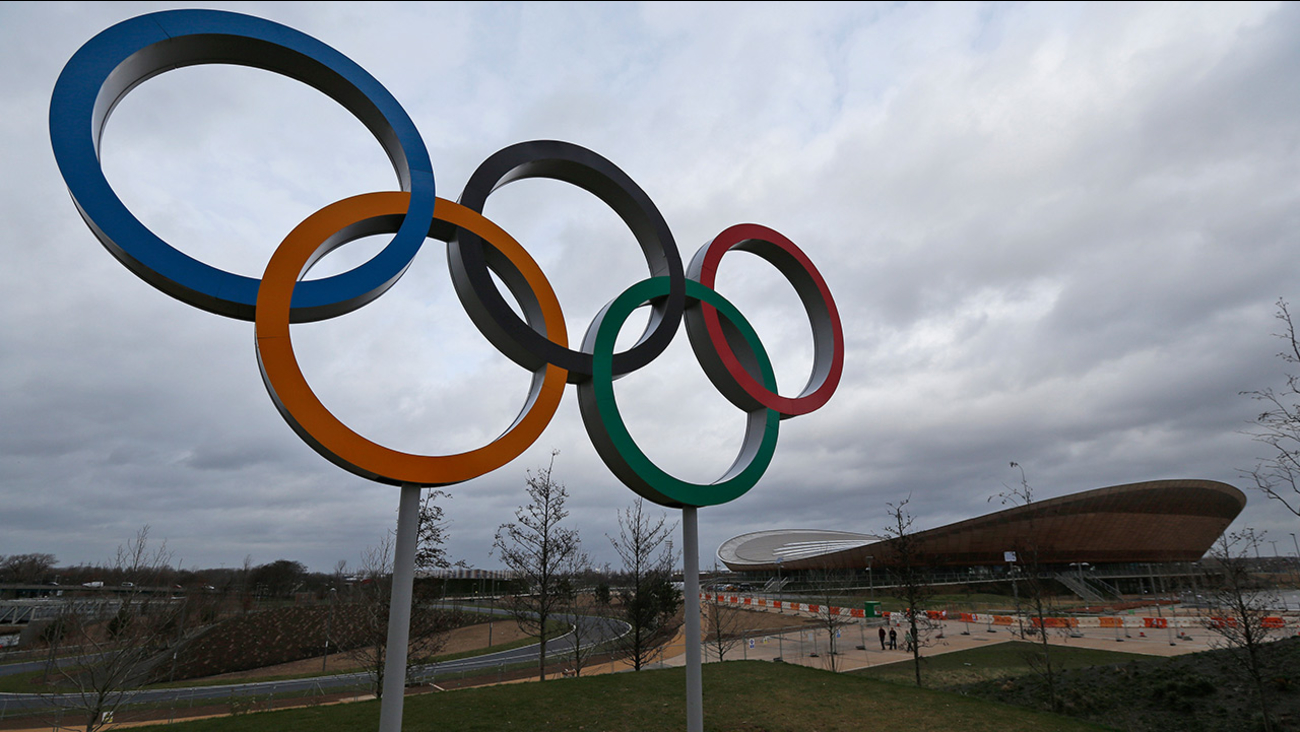 The Olympic Rings are seen back dropped by the Velodrome in the Queen Elizabeth Olympic Park in east London on Feb. 23, 2014. (Lefteris Pitarakis)

Los Angeles is competing against Boston, San Francisco and Washington to become the U.S. candidate. If chosen, it will join London as the only cities to have hosted the Summer Olympics three times. Los Angeles hosted games in 1932 and 1984.

"We have a great plan and if they want to re-build a sustainable, affordable and dynamic Olympics, L.A. is a great place," Garcetti said.

The committee has until mid-January to select a U.S. candidate. The International Olympic Committee is expected to choose a host city for the 2024 Summer Olympic and Paralympic Games in 2017.