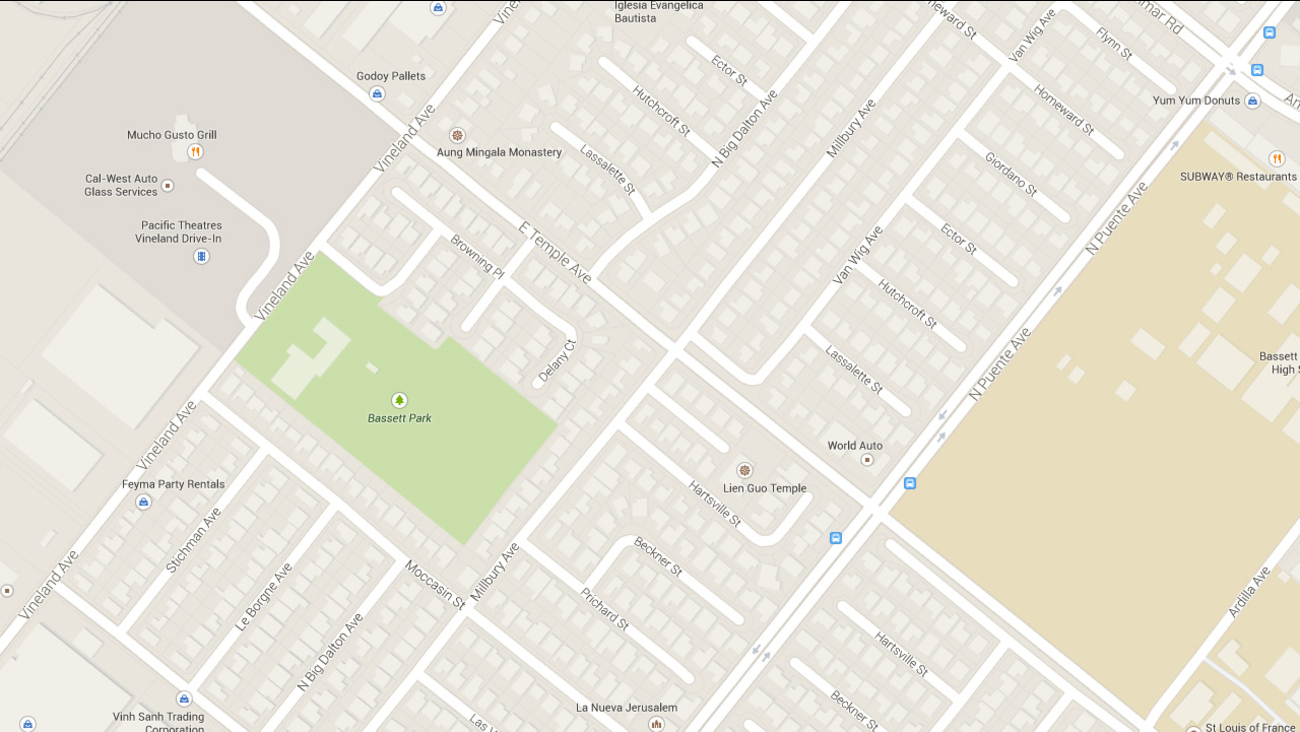 This Google Maps shows the neighborhood where a 15-year-old girl was allegedly raped by three men on Saturday, Jan. 3, 2014.

Authorities said the girl was walking along the 600 block of Van Wig Avenue, located in the San Gabriel Valley, at about 6:30 p.m. when a 1990s, black Honda Civic carrying three men stopped their car.

Two suspects exited the vehicle, while the driver stayed inside. The suspects allegedly grabbed her from behind and pulled her into the car, where she was sexually assaulted.

Afterwards, the suspects released the victim then fled the scene. The car had a possible partial license plate beginning with 2WE.

Anyone with information is asked to call the Los Angeles County Sheriff's Department's Special Victims Bureau hotline at (877) 710-5273.