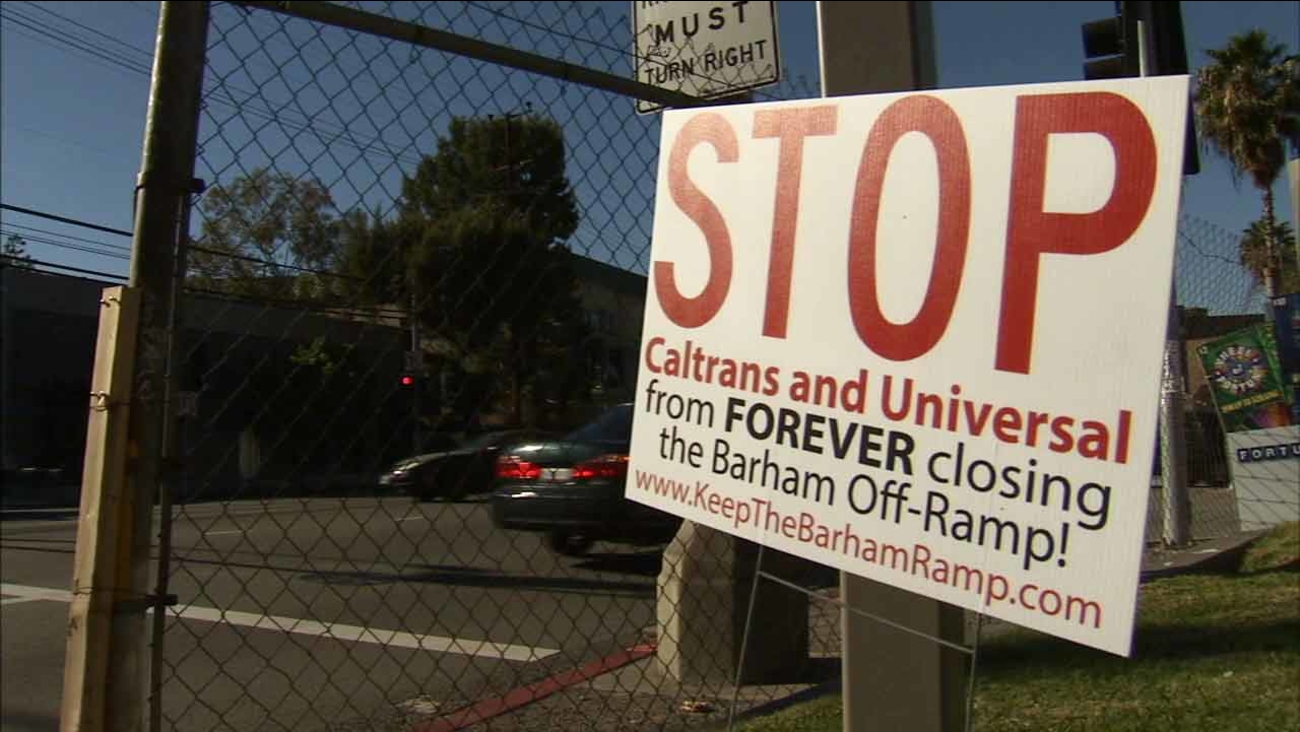 A sign against the planned Barham Boulevard exit off the 101 Freeway is shown in Universal City in this undated file image. (KABC)

UNIVERSAL CITY, LOS ANGELES (KABC) -- The planned closure of the Barham Boulevard exit off the 101 Freeway in Universal City is sparking legal action. A group behind the lawsuit says the potential impact of the closure hasn't been properly studied.

There are many signs around the Barham Boulevard exit railing against NBC Universal's expansion plans that will mean a permanent closure of the southbound Barham exit.

"It's going to completely change the character of this neighborhood," said Hollywood Hills resident John Strozdas, who leads the Keep the Barham Ramp Association.

With the ramp closed, southbound drivers will have to exit north at Lankershim Boulevard or drive two miles south to Highland Avenue, which is a major artery and already congested as it is.

"To create a condition where there is 2 1/2 miles between exits, it's just illogical. It just doesn't make any sense," said Strozdas.

The Keep the Barham Ramp Association has filed a lawsuit to stop the closure. Along with NBC Universal, the suit names Caltrans, the city and the county.

The closure, which is planned for the end of 2015, aims to make room for a new on-ramp for the theme park on private property. Caltrans says it won't comment on pending litigation, but NBC Universal released the following comment:

"The new southbound 101 on-ramp was fully vetted in the public through a seven-year environmental review process. We are confident that the courts will stand by the city, county and Caltrans approvals," said Tracy Cohen with NBC Universal.

However, neighborhood businesses have a host of concerns.

"The bigger man doesn't care about small businesses like us. They just care about themselves," said Natalia Gonzalez with 161st Street Pizza.

The association says they also worry about emergency response times, traffic and home values, and they're going to keep fighting to keep their off-ramp open. 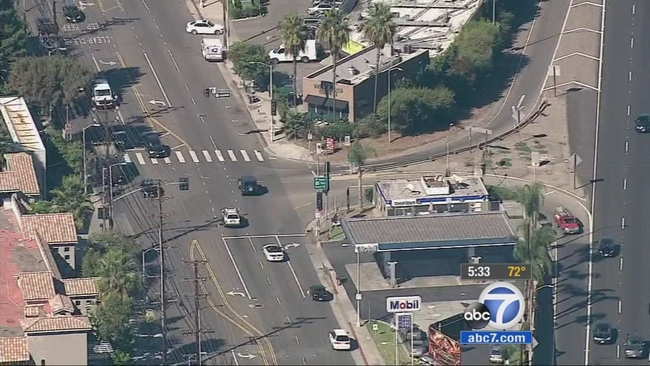