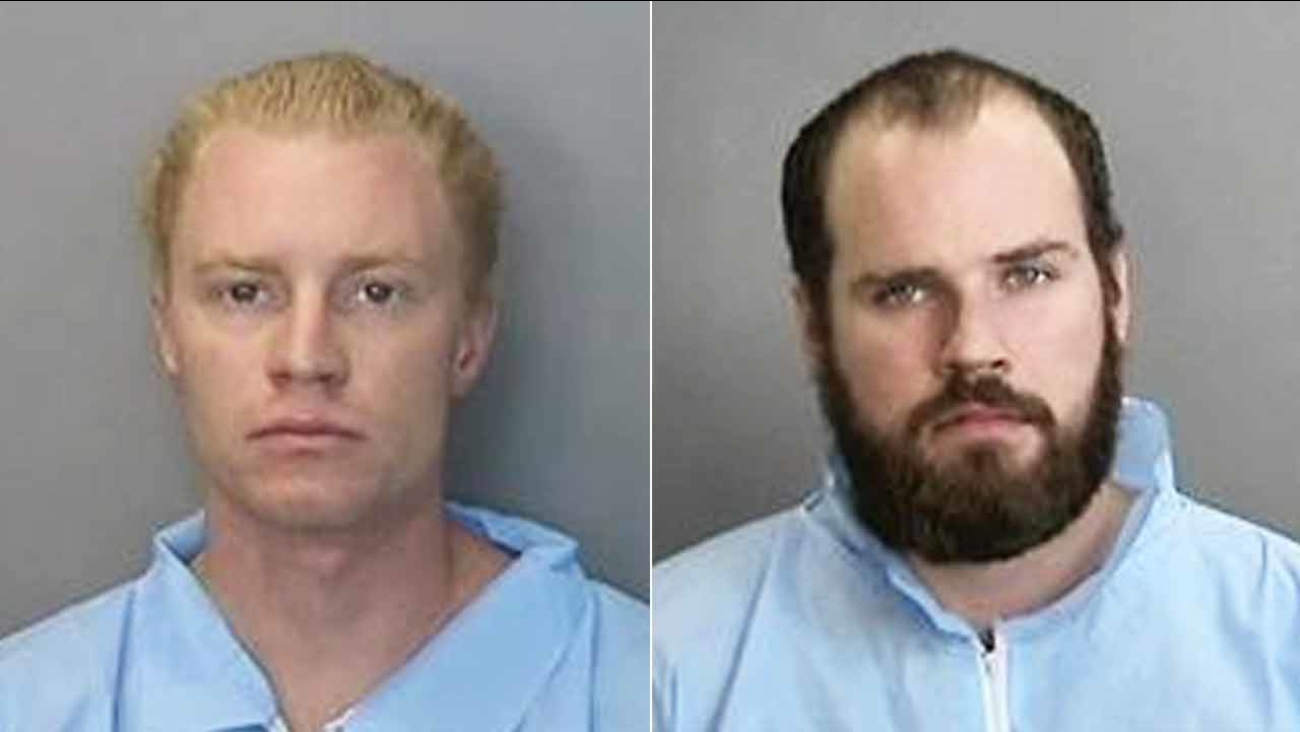 ANAHEIM, Calif. (KABC) -- Two men are facing murder charges, accused of gunning down another man at a park in Anaheim.

Paramedics rushed McMoore to UCI Medical Center, where he was pronounced dead.

The motive of the shooting remains under investigation, but police believe McMoore was the intended target.

Stone and Cook were arrested after numerous witnesses helped police track them down. Authorities also found a car matching the description of the suspects' getaway vehicle, described as a red BMW. Investigators seized the car as evidence.

Both Stone and Cook are being held on $1 million bail.

Police said no other suspects are being sought for this fatal shooting.

If you have any information about this incident, you're urged to contact Orange County Crime Stoppers at (855) TIPS-OCCS.