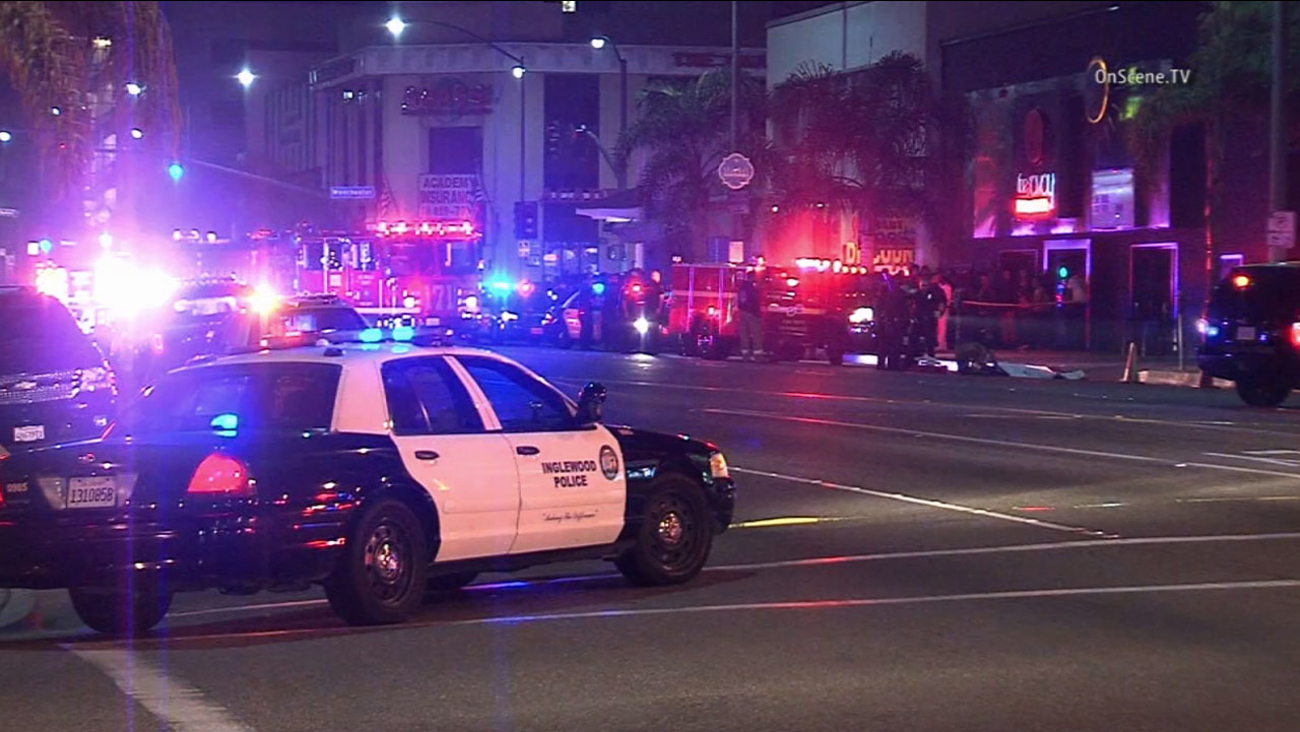 Inglewood police respond to the scene of a fatal shooting outside the Savoy Entertainment Center in the 200 block of South La Brea Avenue Saturday, Jan. 10, 2015.

INGLEWOOD, Calif. (KABC) -- A suspect was killed and a security guard was hospitalized following a shooting outside a popular nightclub in Inglewood early Saturday.

The shooting occurred outside the Savoy Entertainment Center in the 200 block of South La Brea Avenue around 2 a.m.

Investigators say the suspect was turned away from the nightclub. He later returned to the location and got into an altercation with security, at which point a shooting ensued.

The suspect died of his wounds at Ronald Reagan UCLA Medical Center The security guard was hospitalized with non-life threatening injuries.

The suspect's name has not been released pending notification of kin. It was not immediately disclosed who shot the man.

CNS contributed to this report