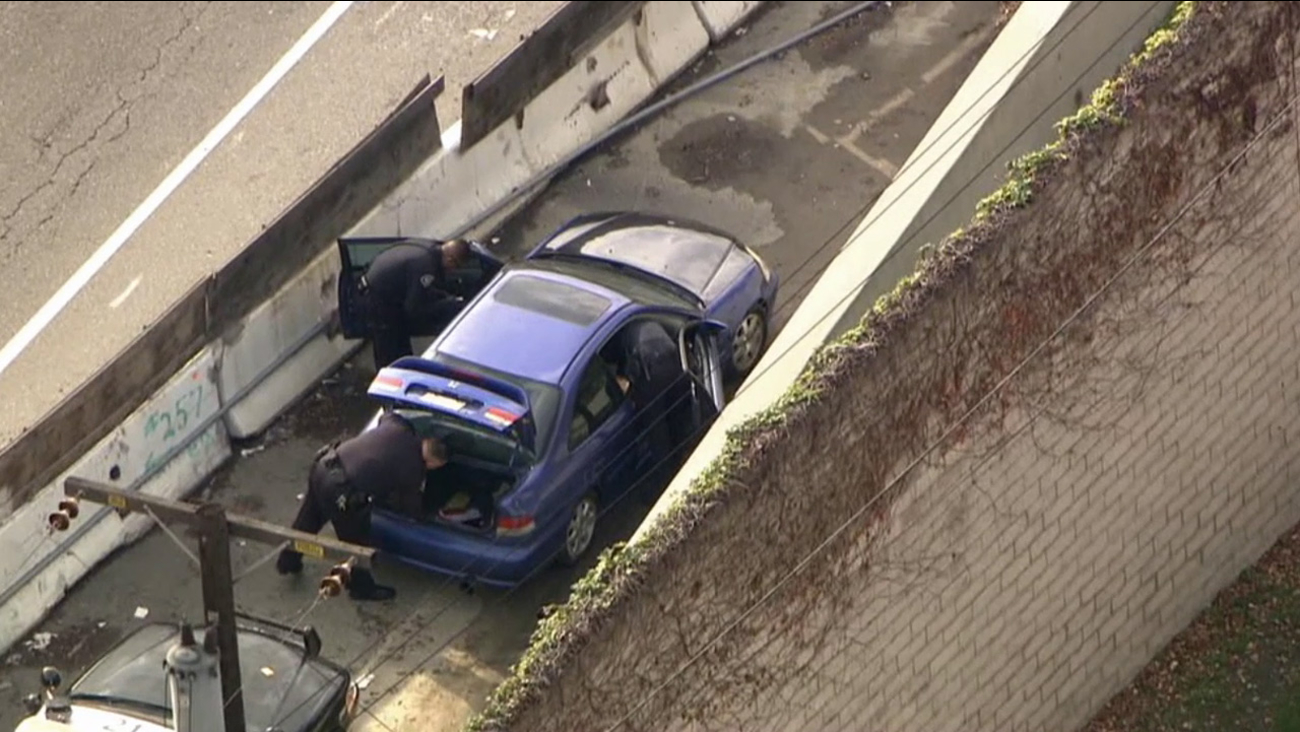 Police examine a stolen Honda Civic after a short police chase that ended near the 91 Freeway onramp in Fullerton on Monday, Jan. 12, 2015.

FULLERTON, Calif. (KABC) -- A female suspect is in custody after leading police on a short chase through La Habra and downtown Fullerton Monday.

Around 1:40 p.m., La Habra police began pursuing a stolen blue Honda Civic heading eastbound on Imperial Highway. According to authorities, an officer attempted a traffic stop after getting the car's license plate.

The suspect traveled through the city and at one point rammed into an officer's car before taking off again toward Fullerton.

Police caught up to the suspect and ended the chase near the 91 Freeway onramp and Euclid Street where the suspect was taken into custody. According to authorities, the car was stolen from the Brea Mall earlier this month.