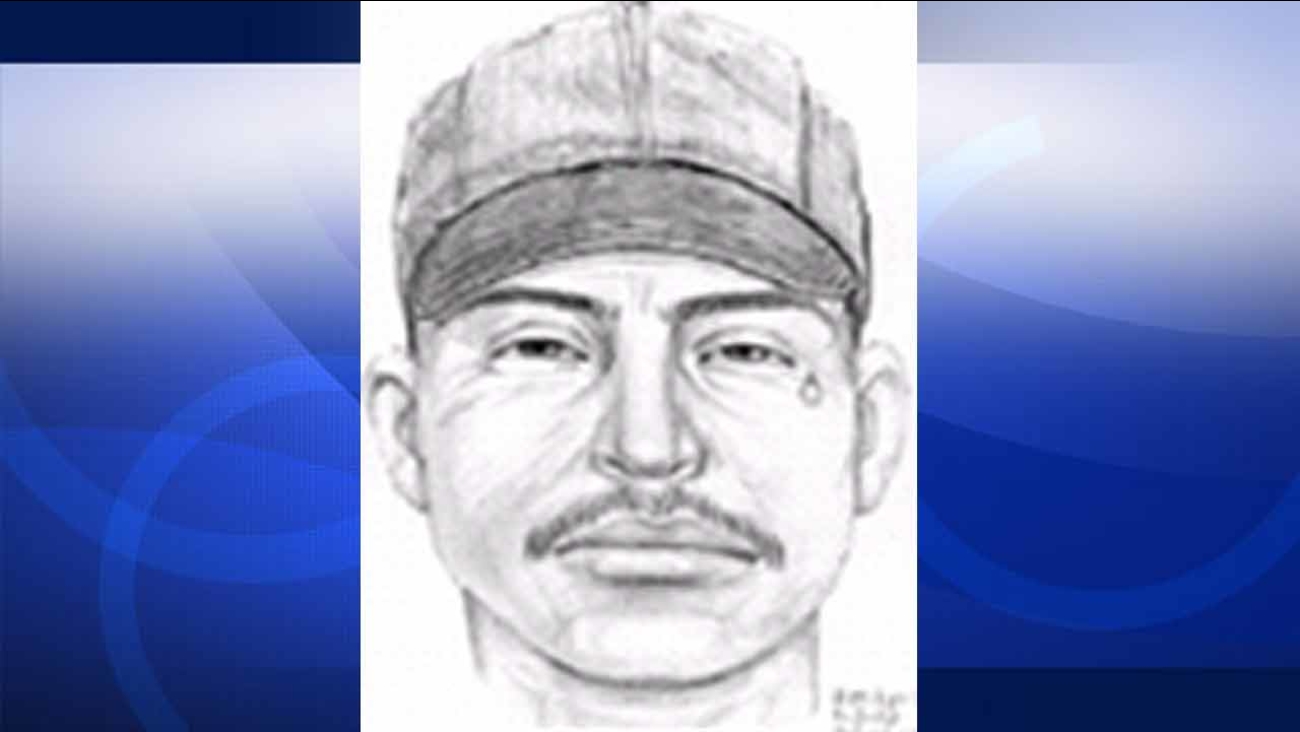 This composite sketch from Aug. 30, 2002 shows a suspect dubbed by police as the 'Tear Drop Rapist,' who authorities say is linked to 35 sexual assaults in the South L.A. area. (KABC)

SOUTH LOS ANGELES (KABC) -- Police are asking for the public's help tracking down a man dubbed the "Tear Drop Rapist," who they say is linked to 35 sexual assaults in and around South Los Angeles.

The attacks have gone on for years with the first assault being reported in 1996.

Police said the suspect was known in the past as the "Tear Drop Rapist." Many victims told authorities that he has one or two tear drop tattoos under one of his eyes, but some said the tattoo or tattoos appeared to be in the process of removal. Police released composite sketches of what the suspect may have looked like from 2000 to 2002. 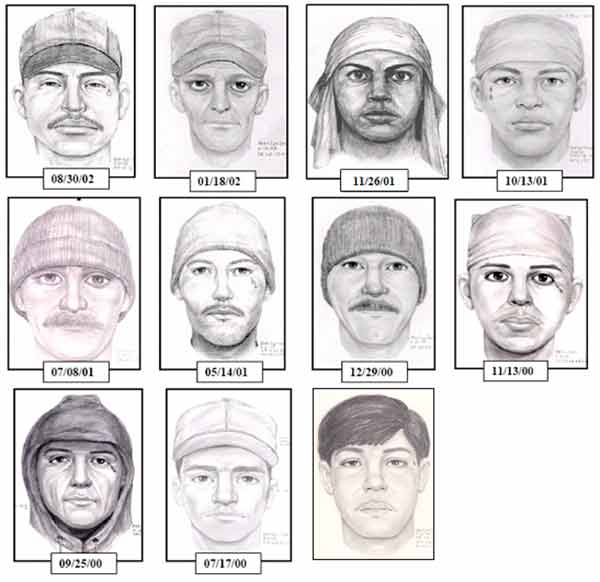 These sketches released by the Los Angeles Police Department depict a suspect dubbed by authorities as the 'Tear Drop Rapist.'

According to investigators, the suspect typically approaches women early in the morning, who are alone and on their way to school or work. He then threatens to kill his victim with a handgun or knife and assaults her.

The suspect is described as a male Hispanic, 40 to 55 years old, with a light complexion, brown eyes, brown hair and a mustache. He is between 5 feet 2 inches and 5 feet 6inches tall and weighs between 130 and 170 pounds. Police said the man was seen wearing a gray hooded sweatshirt, a bandanna, black baseball cap or dark-colored beanie.

The city of Los Angeles and the FBI are offering a reward of up to $100,000 for information leading to the identity, arrest and prosecution of the suspect.

If you have any information about this suspect or the crimes, you're urged to contact LAPD at (877) LAPD-24-7.