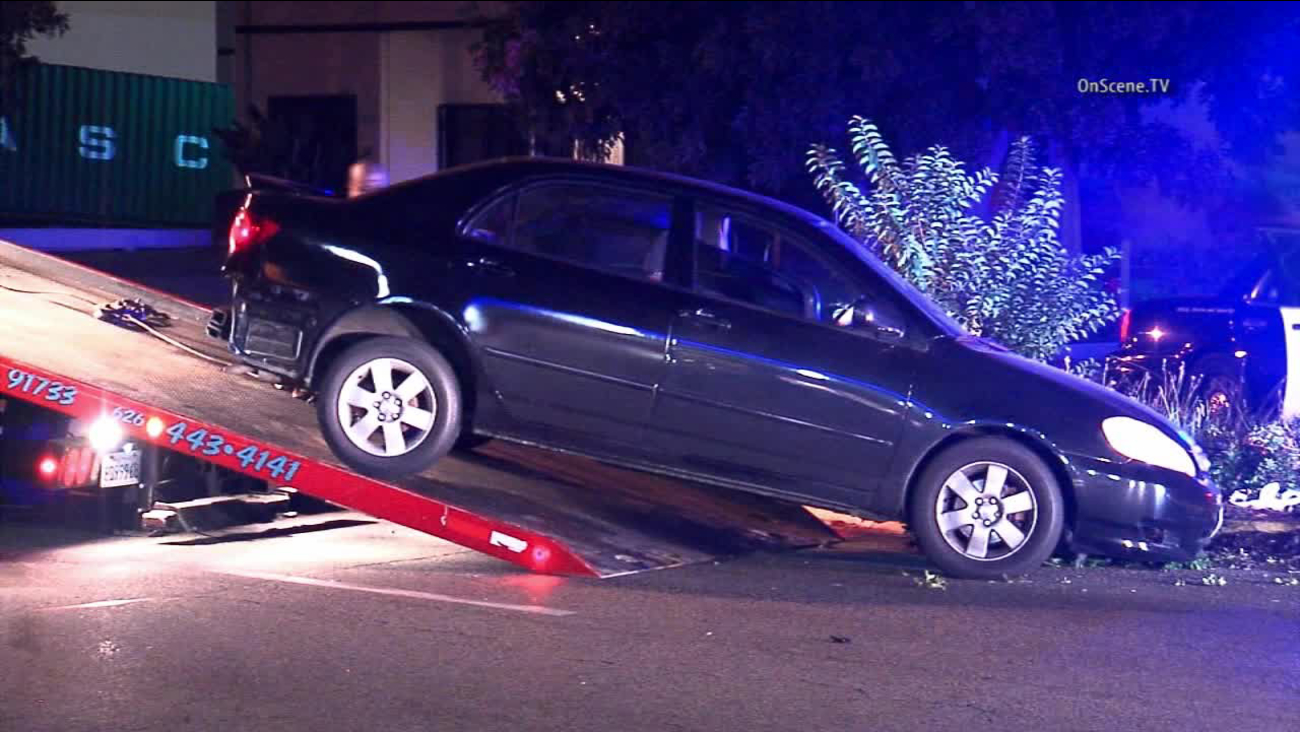 A burglary suspect was arrested after allegedly carjacking a vehicle and then crashing it in South El Monte on Thursday, Jan. 15, 2015.

SOUTH EL MONTE, Calif. (KABC) -- A burglary suspect was arrested after allegedly carjacking a vehicle and then crashing it.

The crime spree started with a burglary at a fast food restaurant in Artesia and ended with a collision in South El Monte.

Deputies responded to a burglary call around 1:40 .m. Thursday at a closed Wienerschnitzel restaurant near South Street and Jersey Avenue.

Lakewood sheriff's officials took the original call, but the CHP took over when the incident turned into a pursuit.

Investigators say the suspect's vehicle became disabled after he was involved in a solo-vehicle crash in the city of Commerce. He then demanded a vehicle from an unidentified woman, who complied out of fear. She was not injured.

The suspect took the woman's vehicle and the pursuit continued.

The chase ended when the suspect lost control of the vehicle near the intersection of Rosemead Boulevard and Rush Avenue in the South El Monte area.

The suspect, whose identity was not immediately released, was then taken into custody.