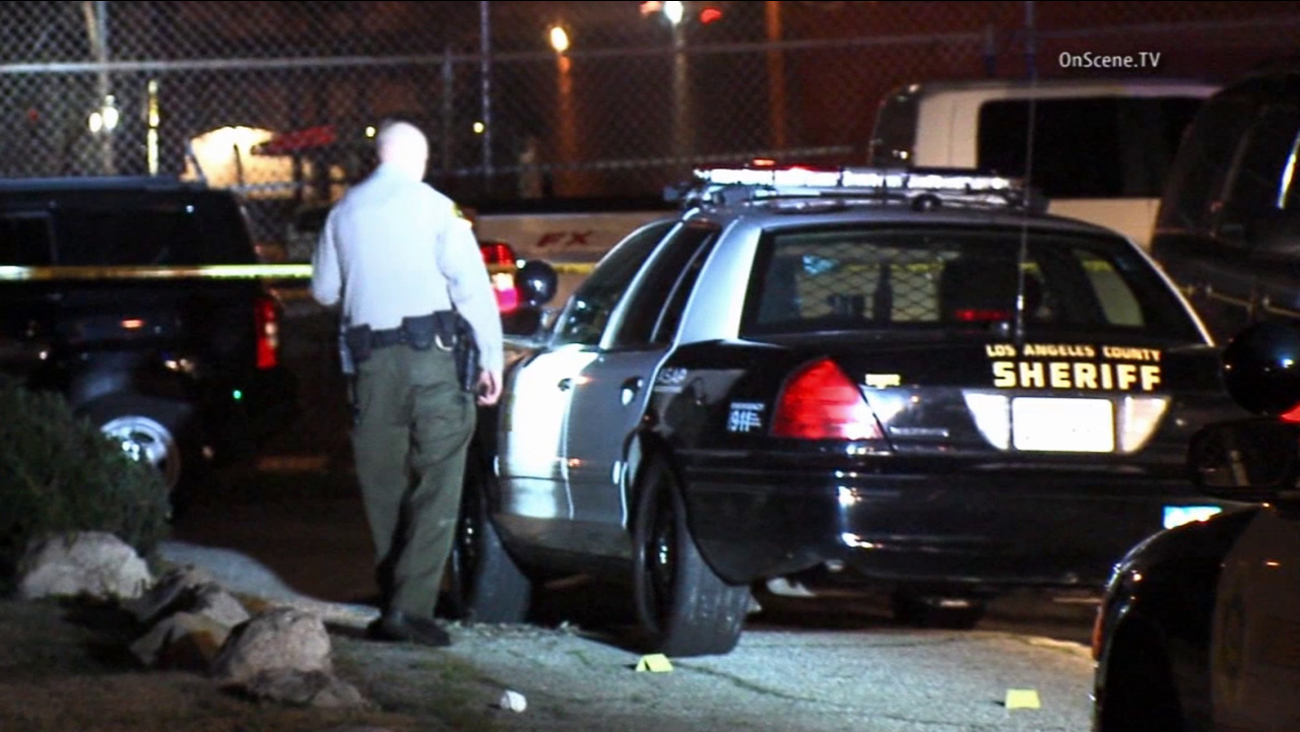 A Los Angeles County sheriff's deputy investigates the scene of a deputy-involved shooting in Lomita on Sunday, Jan. 18, 2015.

LOMITA, Calif. (KABC) -- A Lomita man attempted to run over two Los Angeles County sheriff's deputies before crashing into a camper on Sunday.

A Los Angeles County sheriff's deputy responded to a call about a possible person screaming at about 1 a.m. in the intersection of Cypress Street and 246th Place. Upon the deputy's arrival, the suspect, later identified as Mario Morales, allegedly sped towards the deputy.

Officials say the deputy jumped out of the way, but Morales crashed into the deputy's patrol car three times, then continued to chase after the deputy in his car. The deputy responded by shooting at the suspect's car.

While attempting to flee the scene, Morales allegedly tried to run over a second deputy, who jumped out of the way and also shot at the car, authorities said.

In another escape attempt, Morales sped away, eventually driving onto a curb, smashing into a fence and hitting a camper parked between two homes. The people inside the camper were not injured.

A suspect smashed through a fence and hit a camper parked next to a home in Lomita on Sunday, Jan. 18, 2015.

Morales was not injured in either deputy-involved shootings, but was taken to a hospital. He faces charges of an assault with a deadly weapon on a peace officer.

An investigation into the incident was ongoing. Anyone with information about this incident is encouraged to contact the Los Angeles County Sheriff's Department's Internal Affairs Bureau at (323) 890-5300 or Lomita Sheriff's Station Watch Commander at (310) 539-1661.