1 dead, 1 injured when I-75 overpass collapses in Cincinnati. 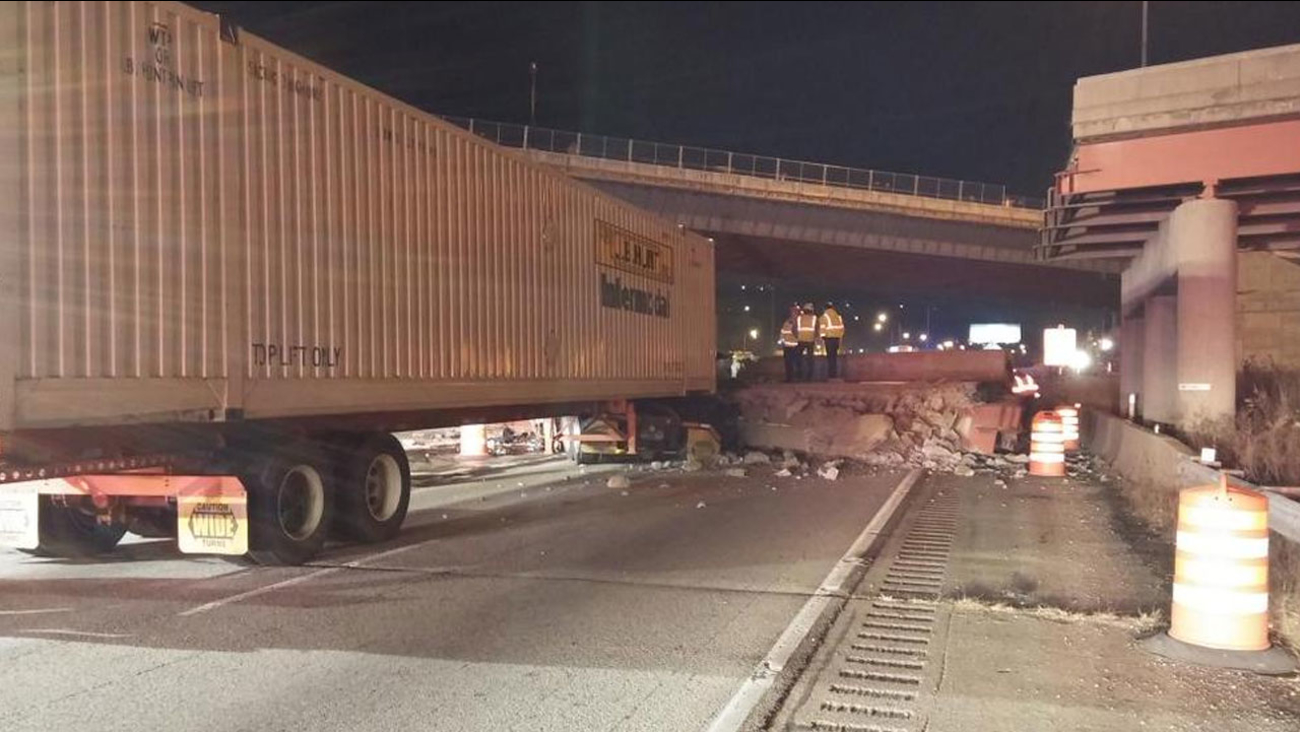 CINCINNATI -- Officials say one person died and another person was injured when a highway overpass collapsed in Cincinnati.

The Cincinnati Fire Department says the bridge was undergoing demolition at the time of the collapse.

The Cincinnati Enquirer reports that according to a police dispatch the southbound interstate 75 was closed indefinitely after the collapse of an overpass north of the old Hopple Street bridge.

It happened at about 10:30 p.m. Monday. The newspaper reports at least one tractor trailer was damaged by the collapse.

Fire and EMS officials say one construction worker was killed and a tractor trailer driver was injured.

A witness told WLWT5 that he heard "a real big boom" and then a couple of seconds later he saw police cars rushing to the scene.