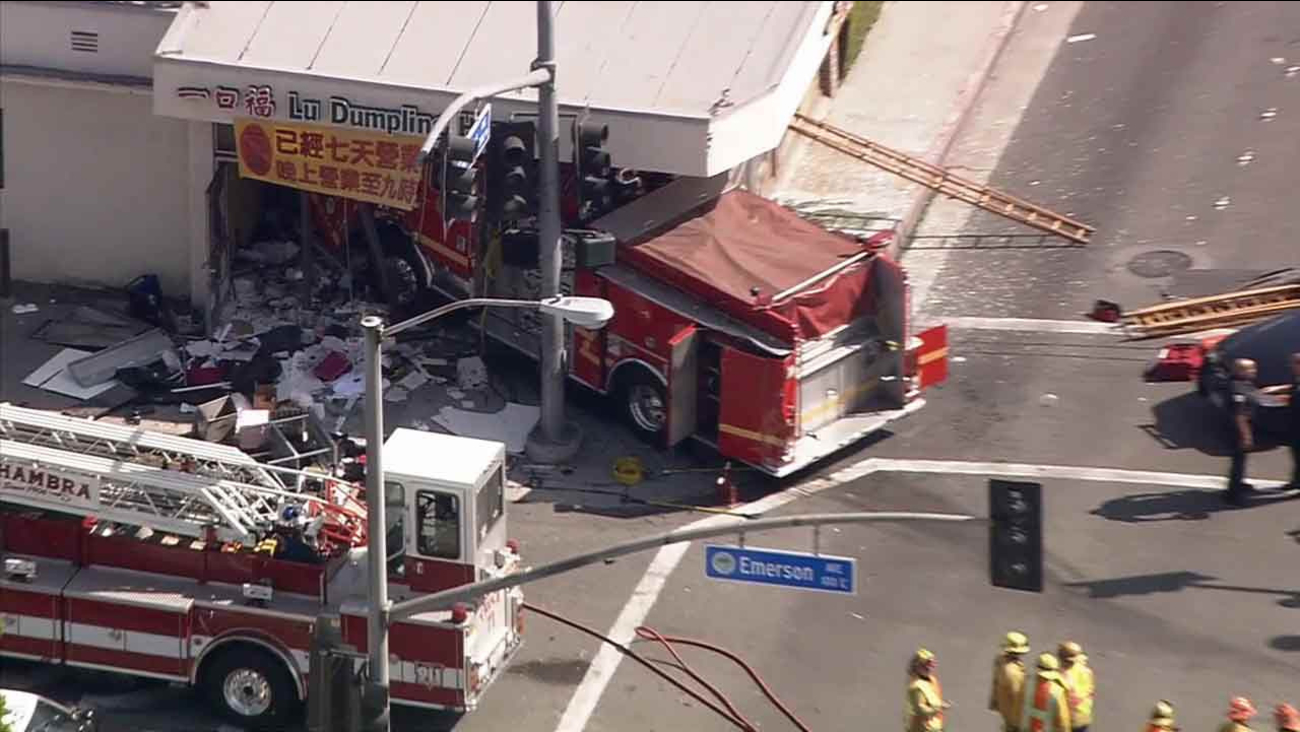 Multiple people were injured when a Monterey Park fire truck crashed into a building at the intersection of Emerson and Garfield avenues in Monterey Park Wednesday, April 16, 2014.

MONTEREY PARK, Calif. (KABC) -- After a yearlong investigation, no charges have been filed in a collision between two fire engines in Monterey Park that injured nine people last year.

During the crash, the Monterey Park fire engine was pushed into a pedestrian, a street pole and ultimately crashed into Lu Dumpling House restaurant.

Both fire engines had their emergency lights and sirens on.

A total of four pedestrians and five restaurant customers were injured. 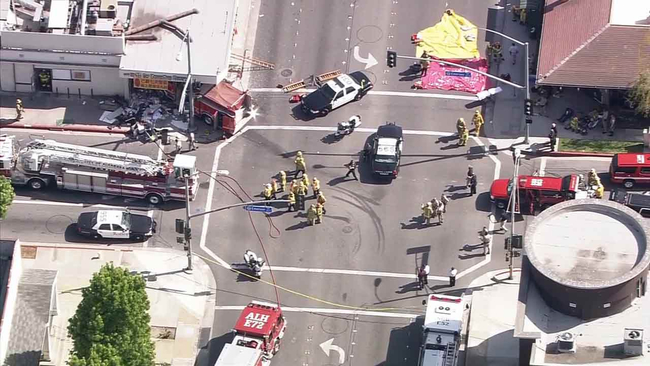 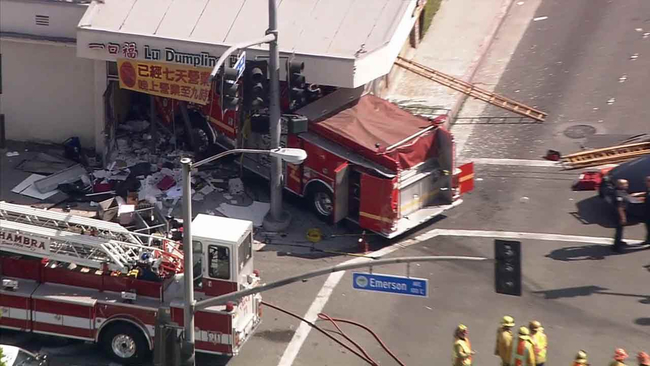