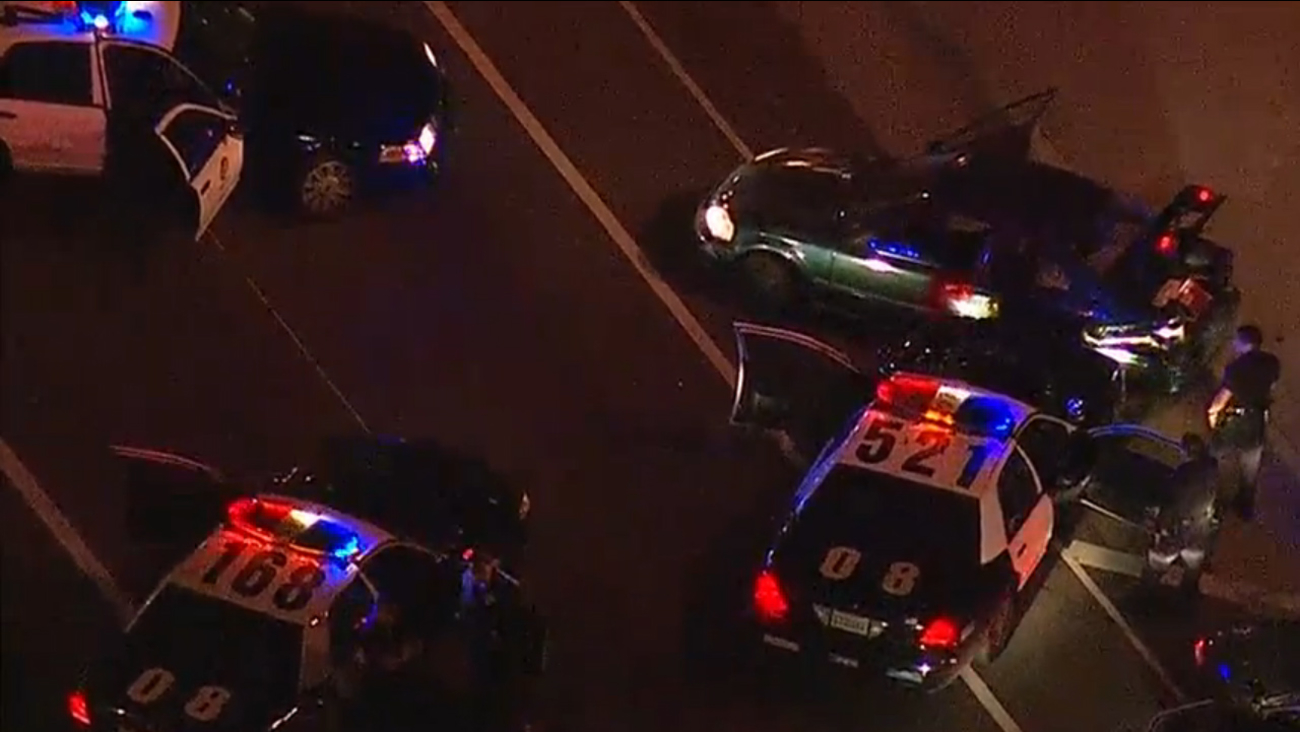 The chase began at about 10:05 p.m. at Pickford and Wooster streets in West Los Angeles, when officers began following the driver believing it was a possible DUI case. Officers later discovered the green Honda Civic was stolen.

The pursuit quickly moved onto the 110 Freeway and through downtown Los Angeles city streets.

During the chase, a patrol car was involved in a minor crash with a civilian car near Pico and La Cienega boulevards. No injuries were reported.

By about 10:30 p.m., officers performed a PIT maneuver and surrounded the vehicle. Three suspects were taken into custody.