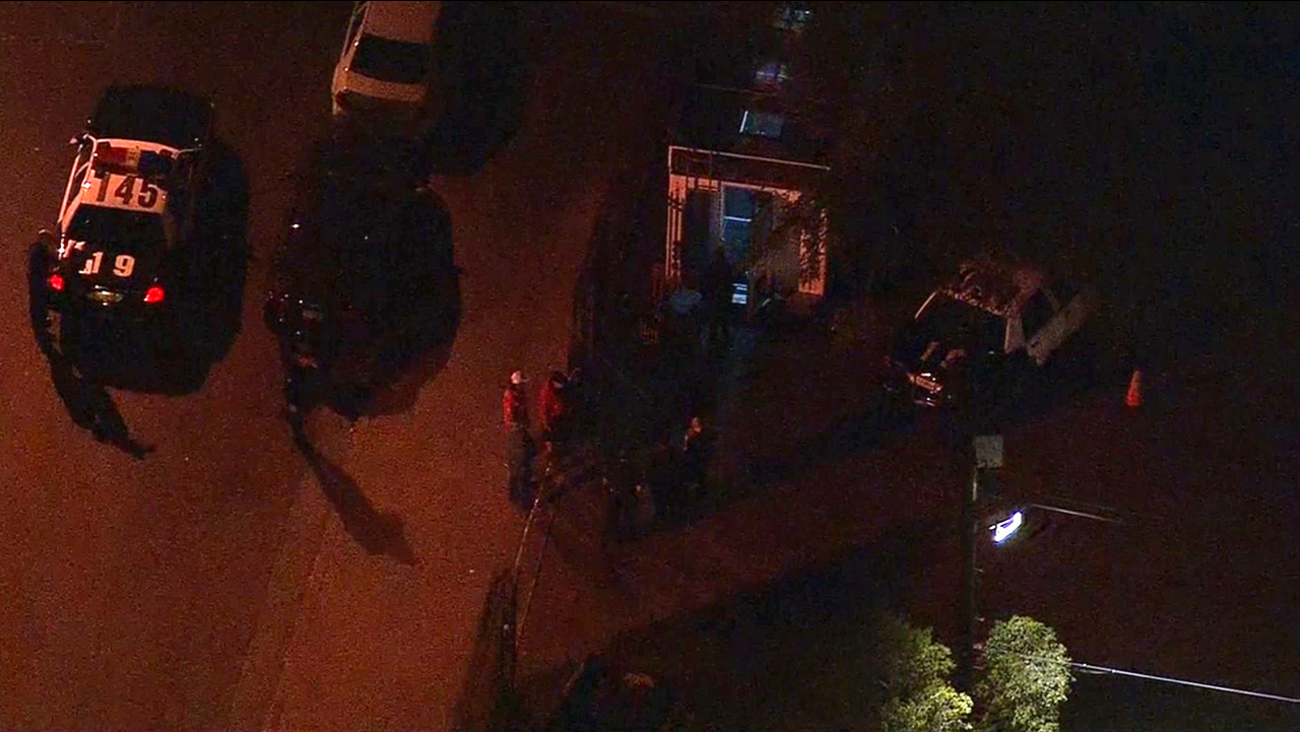 Firefighters and Los Angeles police respond to a double shooting at a church parking lot in North Hills on Thursday, Jan. 22, 2015.

NORTH HILLS, LOS ANGELES (KABC) -- A 24-year-old man was killed and a 16-year-old boy was injured during a gang-related shooting in a North Hills church parking lot on Thursday night, police said.

The incident occurred at about 10 p.m. near Sepulveda Boulevard and Rayen Street. According to witnesses, three gang members approached two rivals who were eating at a food truck.

Two of the suspects confronted the 16-year-old and began beating him up. Meanwhile, the third man led the other victim a few yards away and shot him several times, investigators said.

The shooting victim died at the scene. The teenage victim suffered a graze wound to the leg.

Los Angeles police were searching for a gray minivan that may be linked to the shooting.

Anyone with information was asked to call Crime Stoppers at (800) 222-TIPS.