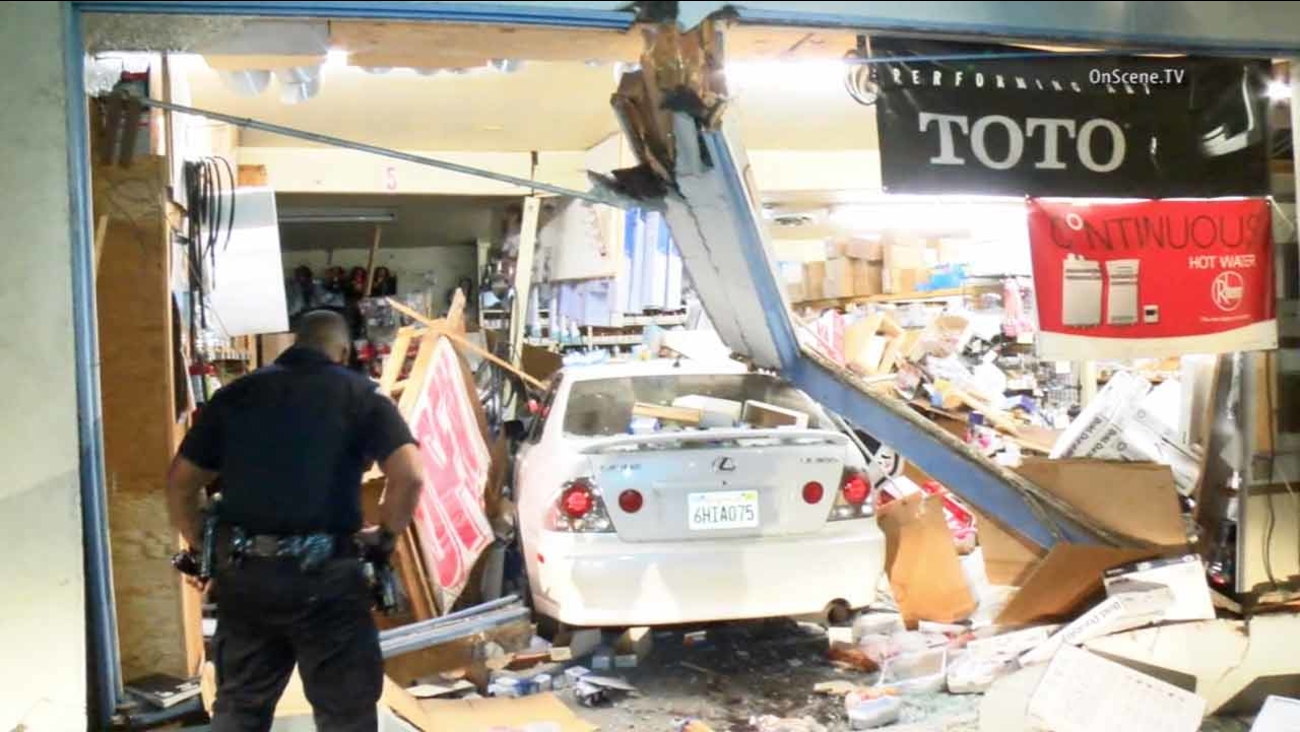 A driver plowed into a plumbing and electrical store in Garden Grove on Friday, Jan. 23, 2015. (KABC)

GARDEN GROVE, Calif. (KABC) -- A motorist plowed into a plumbing and electrical store in Garden Grove early Friday morning. He was arrested on suspicion of driving under the influence.

The driver, identified by police as 25-year-old Pablo Hernandez Rodriguez of Santa Ana, lost control of a white 2001 Lexus IS 300 and went crashing into BJ's Discount Plumbing around 3 a.m. Friday on the 10900 block of Garden Grove Boulevard. Officials said the building sustained major damage.

Police said Rodriguez and a passenger tried to flee the scene on foot. Officers gave chase and caught Rodriguez quickly just northeast of the crash scene.

Authorities took Rodriguez to an area hospital with some lacerations to his head. He was said to be in stable condition. Rodriguez was charged with misdemeanor DUI and hit-and-run.

Authorities are still searching for the passenger in the car as a witness to the crash. Officials also said they are concerned about the passenger's condition following the collision.