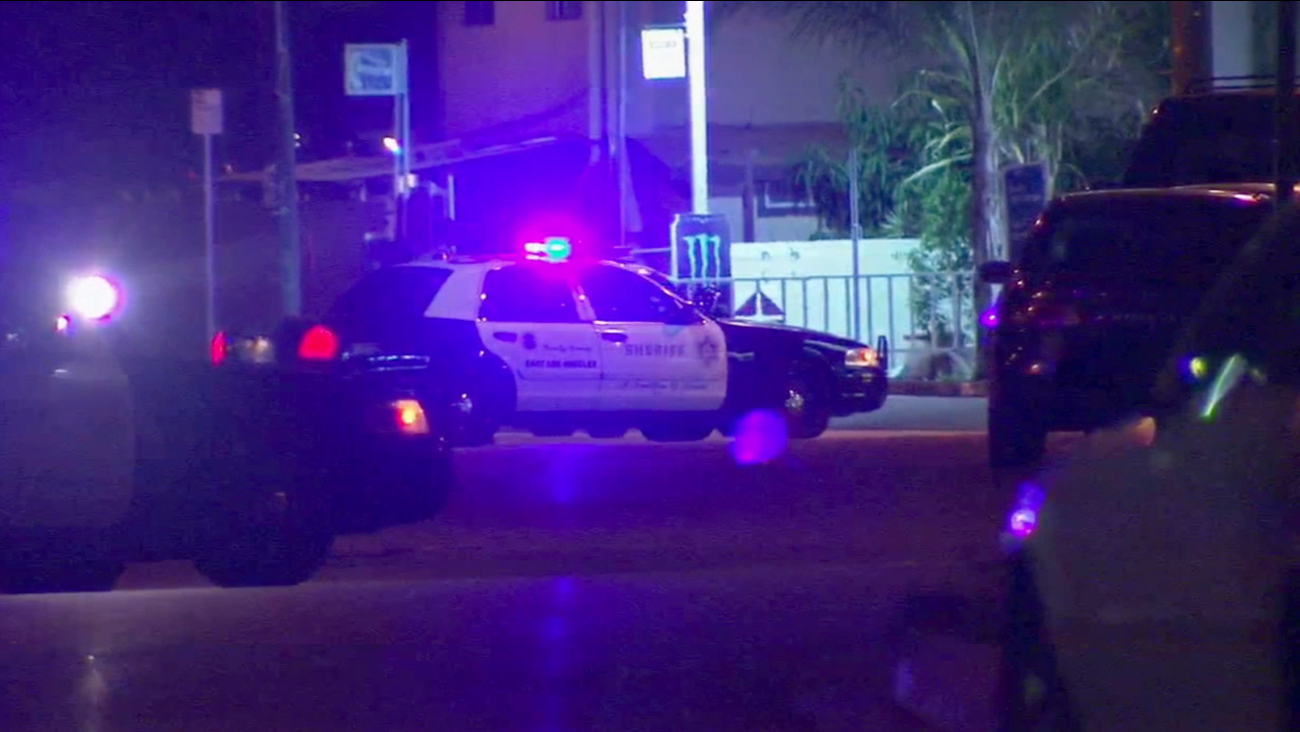 LOS ANGELES (KABC) -- Los Angeles County sheriff's deputies arrested a 16-year-old boy after he pointed a gun at them while attempting to flee in East Los Angeles.

Deputies initially responded at about 8:40 p.m. Saturday to the area of South Indiana Street and Dennison Street about an alleged assault with a deadly weapon. Upon arrival, they found the suspected vehicle and attempted to pull it over. The teen bailed from the vehicle and ran eastbound on Dennison Street, officials said.

Deputies followed the teen, who then turned and pointed a handgun at them. In response, deputies opened fire at about 9 p.m.

The teen was grazed in the upper torso, but continued running. After a search of the area, deputies found the teen hiding in the backyard of a home in the 1000 block of South Townsend Avenue. A handgun allegedly pointed at deputies was also found on the teen.

The 16-year-old was treated at the scene for his injuries before being taken to the East Los Angeles Sheriff's Station and booked for assault with a deadly weapon on a peace officer.

Anyone with information about this incident is encouraged to contact the Los Angeles County Sheriff's Department's Internal Affairs Bureau at (323) 890-5300 or Lomita Sheriff's Station Watch Commander at (310) 539-1661. 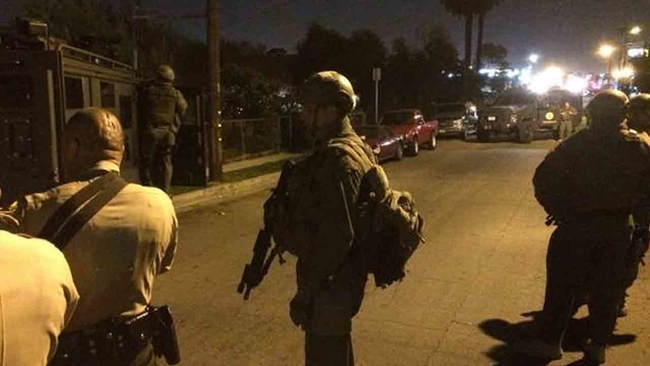