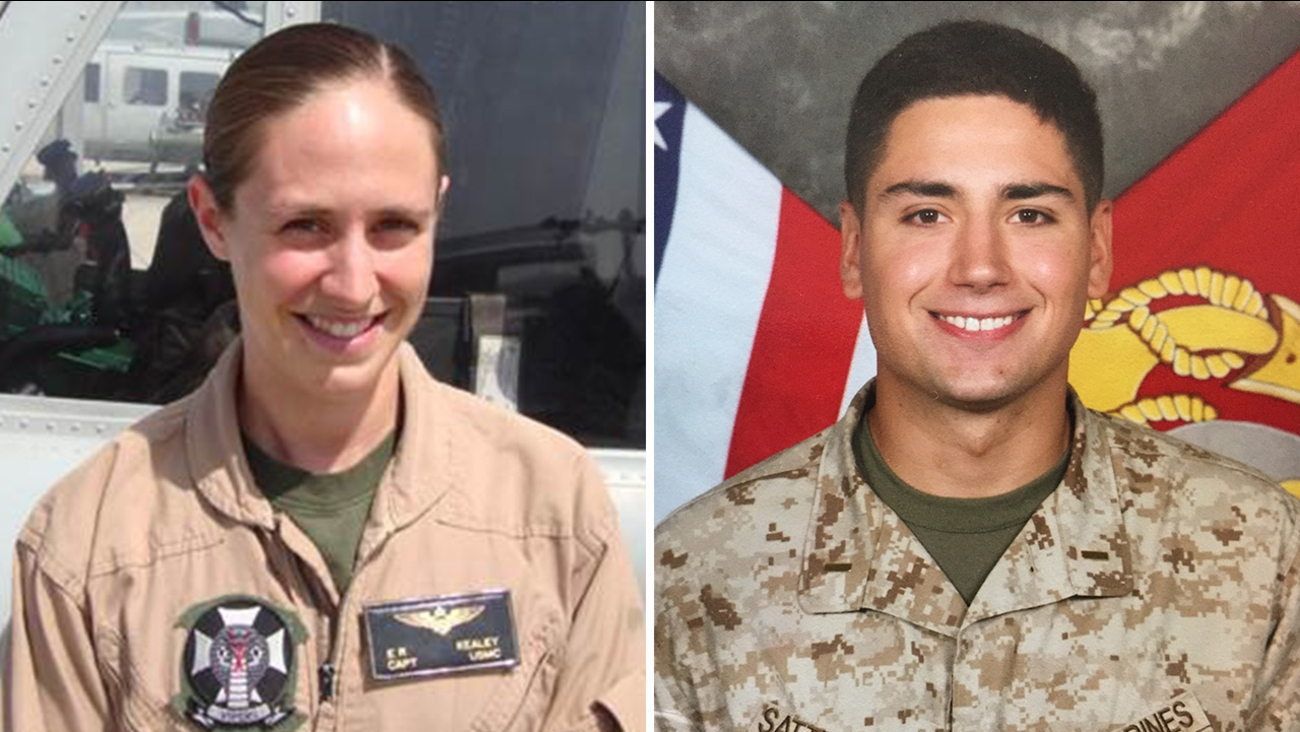 TWENTYNINE PALMS, Calif. (KABC) -- Two Marines killed in a helicopter crash during a training exercise at Twentynine Palms have been identified.

Capt. Elizabeth Kealey, 32, and 1st Lt. Adam Satterfield, 25, were conducting routine flight operations when their chopper went down Friday afternoon. They were the only two aboard.

"Our heartfelt thoughts and prayers go out to the families and loved ones of our fallen Vipers, and we stand poised to support them in this tragedy," said Lt. Col. James Isaacs, who was their commanding officer.

Pennsylvania-native Kealey was commissioned in May 2005. She served as a helicopter pilot and weapons training instructor and had been awarded the Air Medal with three Strike/Flight awards and the Navy and Marine Corp Achievement Medal with gold star.

Kealey had been deployed with the 13th Marine Expeditionary Unit and also in support of Operation Enduring Freedom in Afghanistan.

Satterfield, from Kentucky, was commissioned in June 2011. He was a helicopter pilot and supported training operations in Southern California.

Both were based at Camp Pendleton.

The military is investigating the incident.