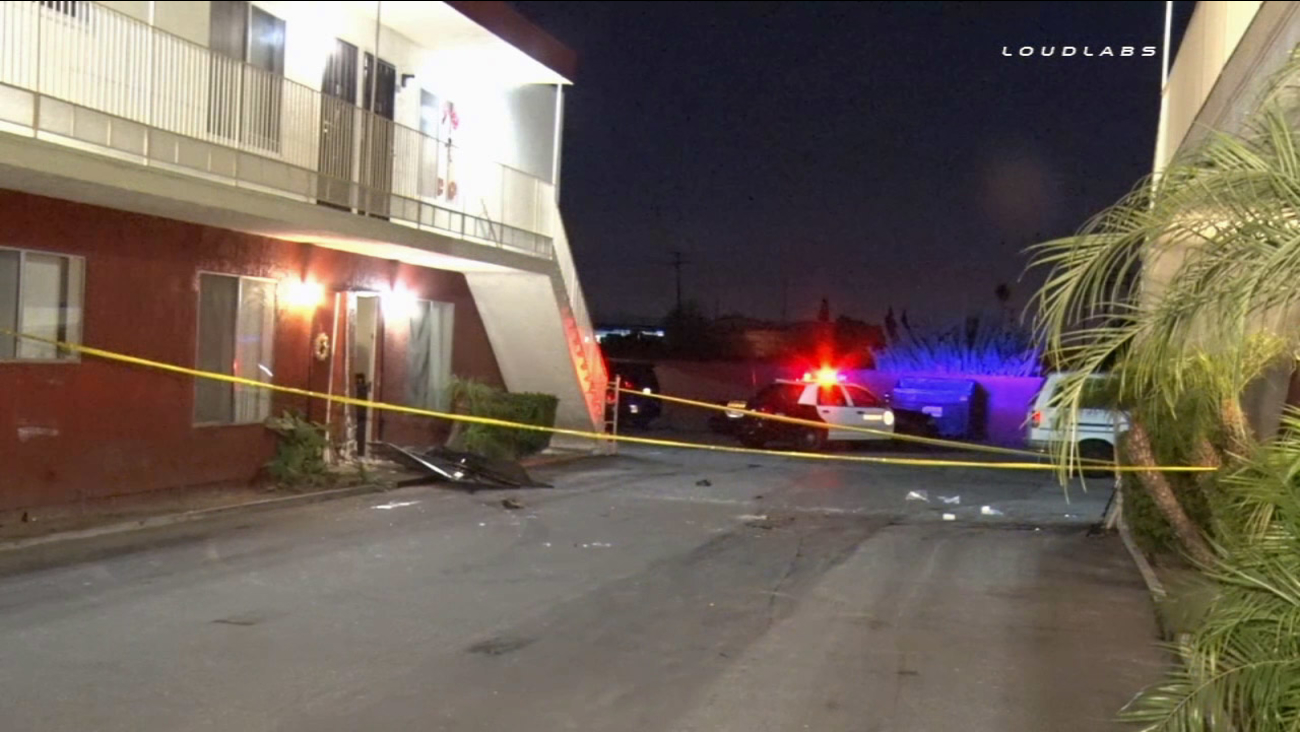 Sheriff's deputies investigate after a car slammed into an apartment building in Pico Rivera on Saturday, Jan. 24, 2015.

PICO RIVERA, Calif. (KABC) -- A car hit two people in in Pico Rivera on Saturday night and then crashed into an apartment building.

The incident happened in the 7500 block of Serapis Avenue at about 11 p.m. Before the collision, sheriff's deputies say the driver and passenger had been assaulted by someone at the complex.

They say it's unclear whether the driver intentionally crashed into the two victims. Both victims were taken to the hospital in critical but stable condition.

The male driver and a female passenger were also hurt and were taken to a local hospital. Deputies say the pair will be arrested for assault with a deadly weapon.