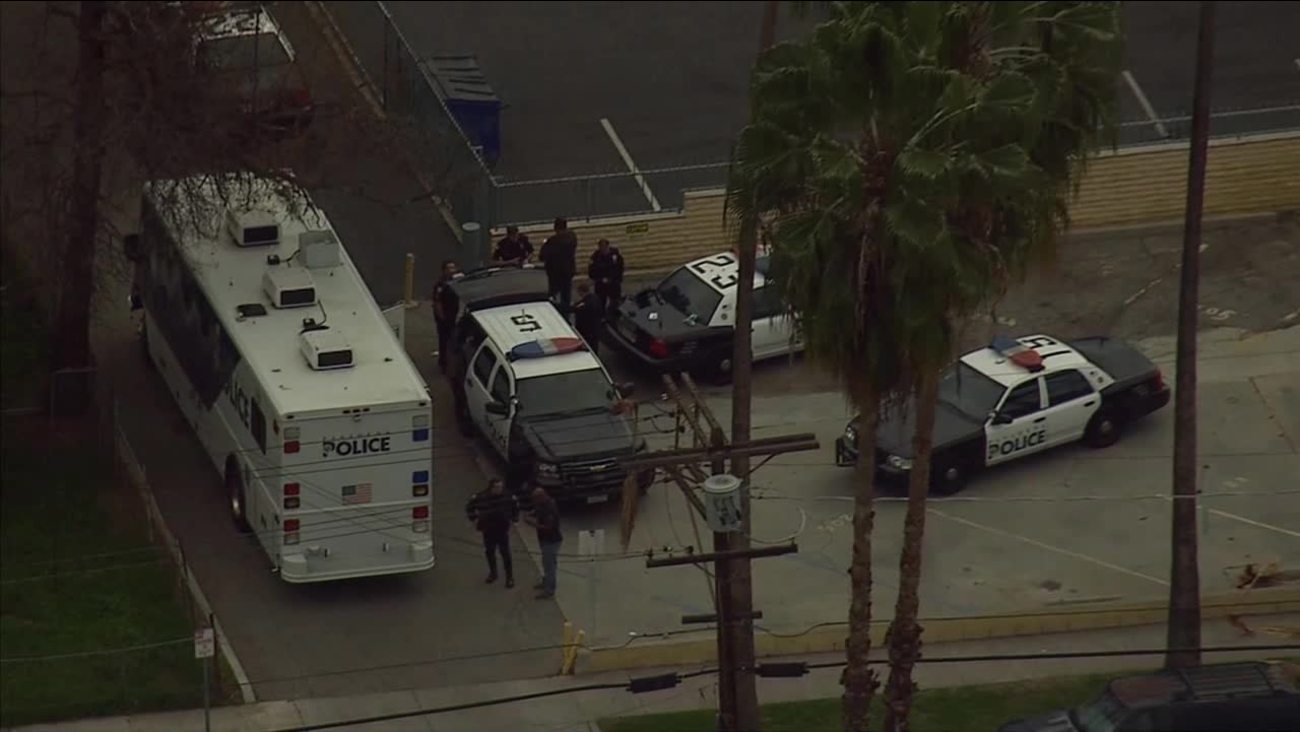 Pasadena police on scene of a barricade situation on Harkness Avenue on Monday, Jan. 26, 2015.

PASADENA, Calif. (KABC) -- Police say an armed suspect who was barricaded inside an apartment in Pasadena has surrendered.

Officers responded to a building at 70 N. Harkness Ave. early Monday morning after reports that the suspect tried to rob a female victim. The standoff forced residents in the building to evacuate.

Police say the suspect surrendered after his mother arrived at the scene and called him to come out.

Harkness Avenue was closed to traffic between Colorado Boulevard and Walnut Street during the incident.