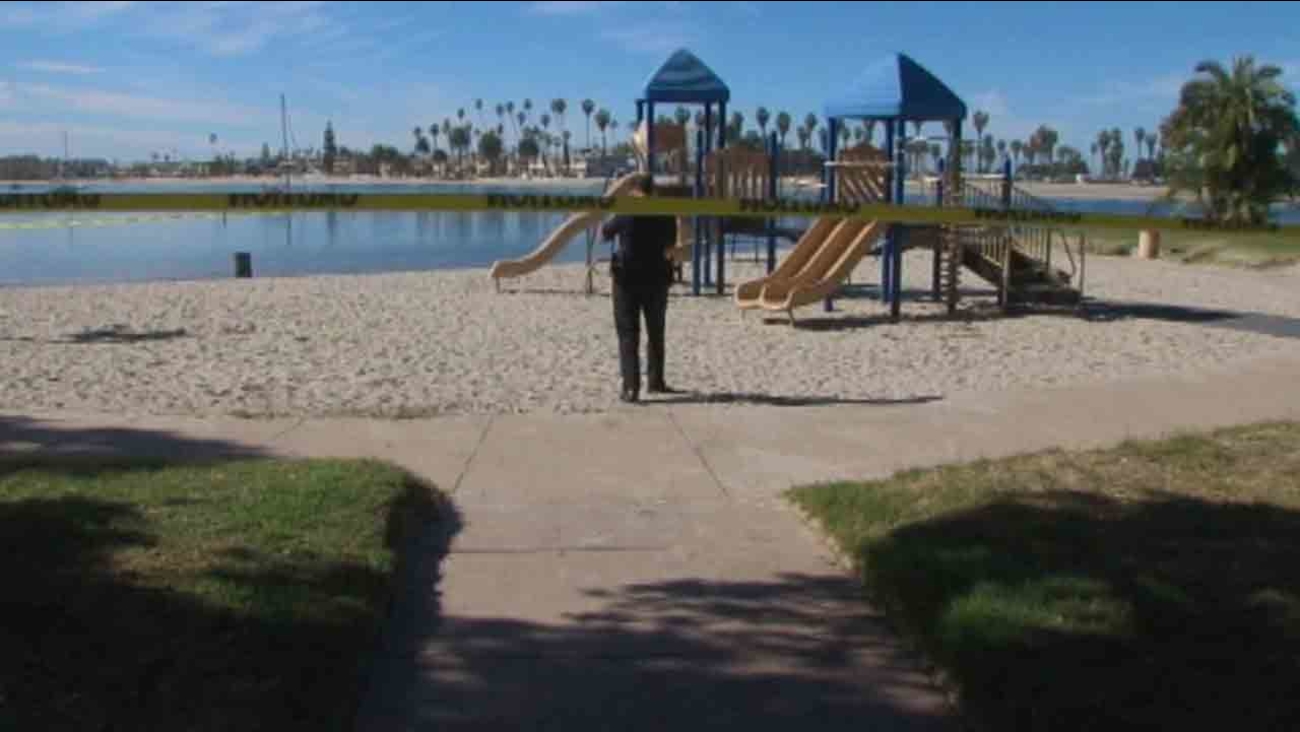 Razor blades have been found near a children's playground at Bonita Cove Park in Mission Beach at least six times over the last two years, according to San Diego police.

SAN DIEGO, Calif. (KABC) -- San Diego officials have announced a $2,000 reward for information leading to the arrest of the suspect who has been planting razor blades near a children's playground.

On Sunday, a 2-year-old boy found a box cutter, buried sharp side up in the sand at a playground at Bonita Cove Park in Mission Beach.

"We got here and they were playing in the sand for maybe two minutes and he just pointed it out in front of the stairs, and I saw it and I grabbed it," said Sarah Baumann, the boy's mother.

Police say they have found razor blades at the park at least six times over the last two years, most recently last Monday.

Last April, two children were injured when they stepped on razor blades.