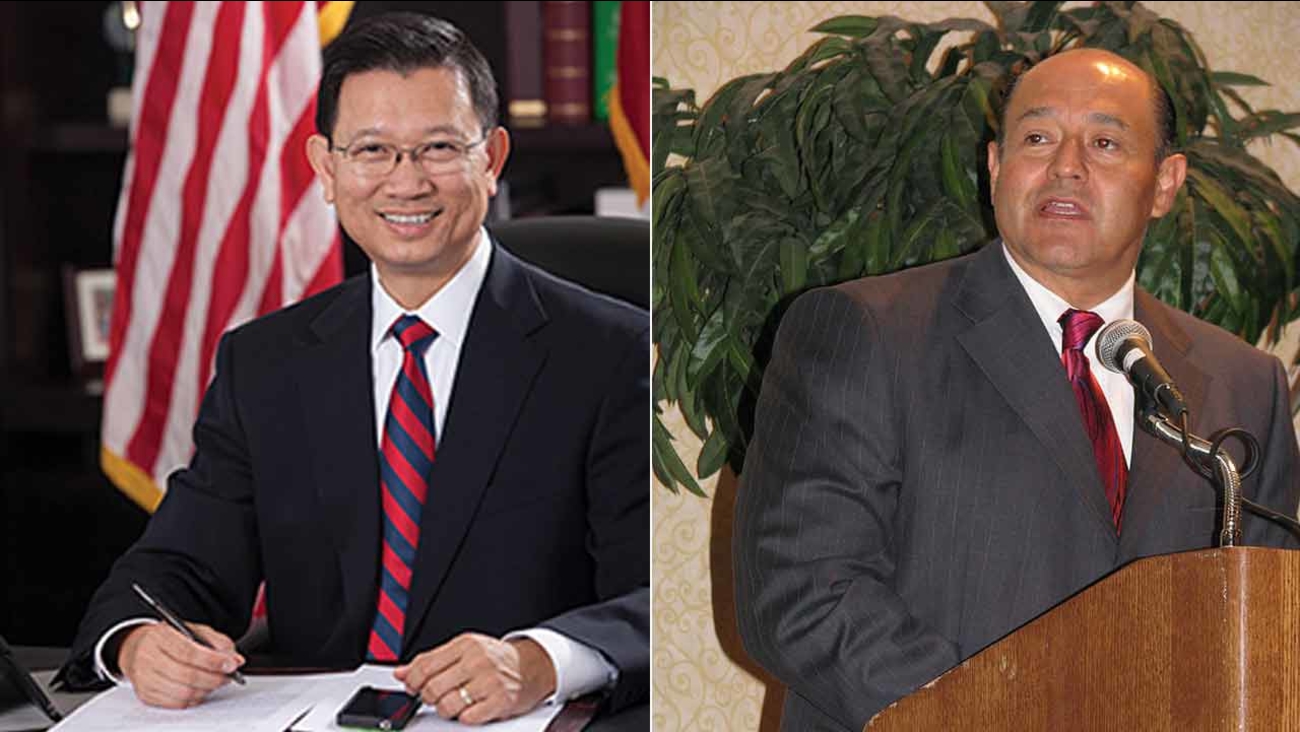 SANTA ANA, Calif. (KABC) -- A special election for Orange County's First Supervisorial District is still up for grabs with the top vote-getter having just a two-vote lead.

Andrew Do, the chief of staff for former Supervisor Janet Nguyen, has 16,202 votes and former state Sen. Lou Correa has 16,200 votes, according to a count of all 101 precincts released by the Orange County Registrar of Voters Tuesday. Both are at 39 percent.

Vote-by-mail and provisional ballots still need to be counted.

Tuesday's special election was needed because Nguyen was elected to the state Senate.