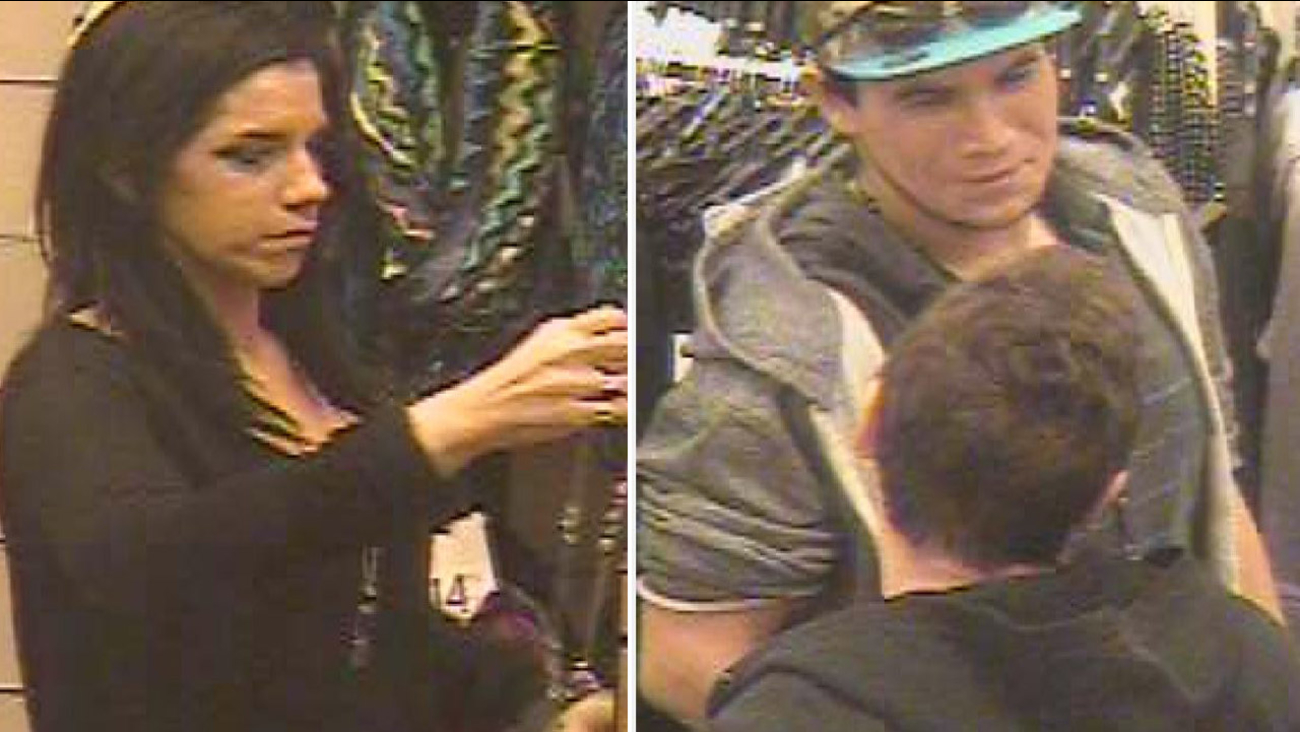 A man and a woman, shown above in surveillance photos, are suspected of stealing two pairs of sunglasses from a Nordstrom Rack in Glendale on Saturday Jan. 17, 2015.

GLENDALE, Calif. (KABC) -- Glendale police officers are looking for a man and his female accomplice who are suspected of stealing two pairs of sunglasses from a Nordstrom Rack.

At 8 p.m. on Jan. 17, authorities said the man concealed two pairs of sunglasses in his pants and then left the Nordstrom Rack at 227 N. Glendale Ave. with the woman. 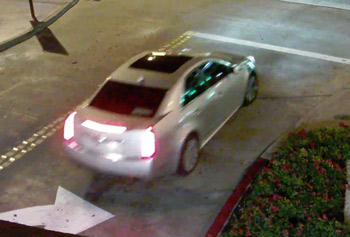 When the man was confronted by loss prevention agents, he punched one of the agents before fleeing the scene with the woman, who was driving a silver Cadillac CTS. The car is said to be a model made between 2008 and 2012, with a possible rear license plate displayed in the rear window.

Anyone with information is asked to contact the Glendale Police Department at (818) 548-4911.