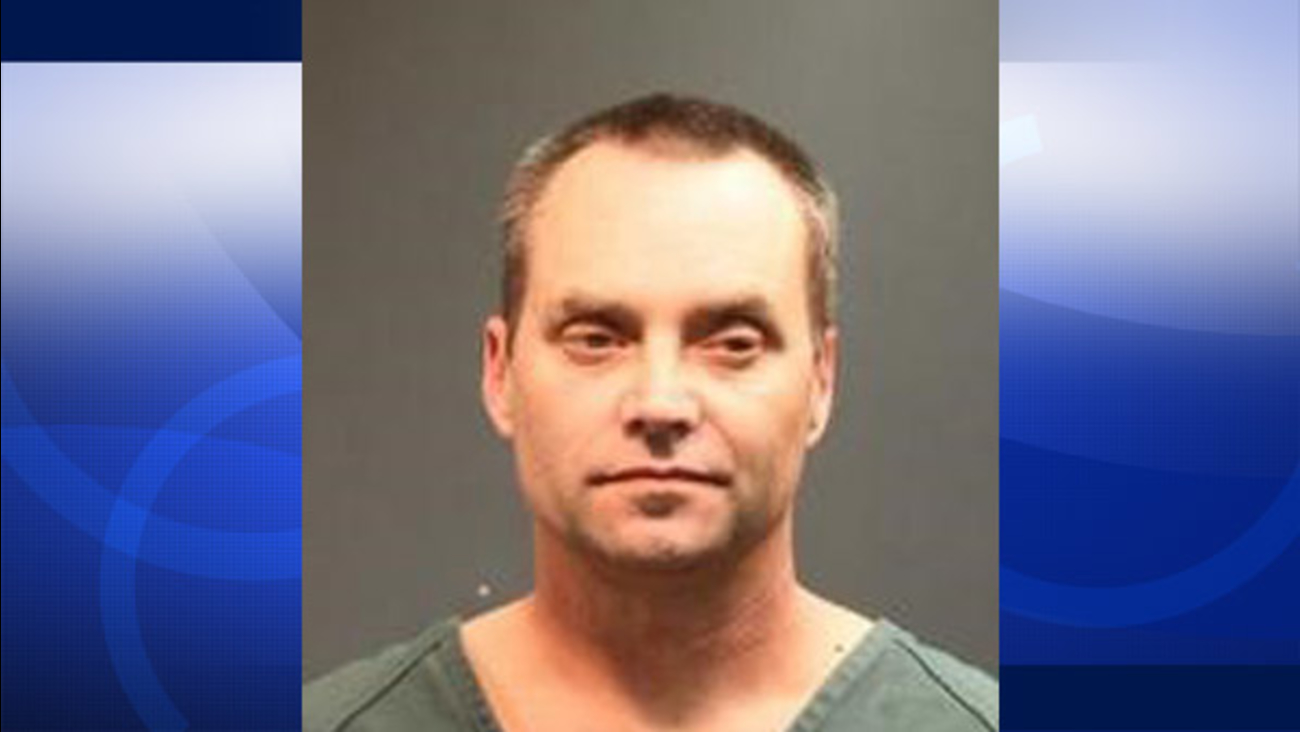 Dallas Frank Reichstein III, shown above, was arrested as the driver involved in a fatal hit-and-run crash in Santa Ana on Wednesday, Jan. 28, 2015.

SANTA ANA, Calif. (KABC) -- A 45-year-old Santa Ana man was arrested as the driver involved in a fatal hit-and-run crash that happened at an intersection near the 1100 block of W. MacArthur Boulevard Wednesday night.

Dallas Frank Reichstein III was booked into Santa Ana Jail and faces charges of felony hit and run and second degree murder due to a prior DUI conviction.

Around 10 p.m. Wednesday, Santa Ana officers responded to the scene of a hit-and-run crash involving an SUV that had struck a pedestrian crossing the street.

A 2002 Nissan Xterra driven by a man was traveling west on MacArthur Boulevard and struck a woman walking just of the crosswalk. The driver, who police identified as Reichstein, made no attempt to stop or check on the woman.

She later died of injuries sustained in the crash. Witnesses said the Nissan was speeding when the woman was hit.

Minutes later, police stopped the Nissan in a residential area and Reichstein displayed symptoms consistent with driving under the influence of alcohol. He was then taken into custody.

Anyone with additional information is asked to call Investigator Bao at (714) 245-8214.