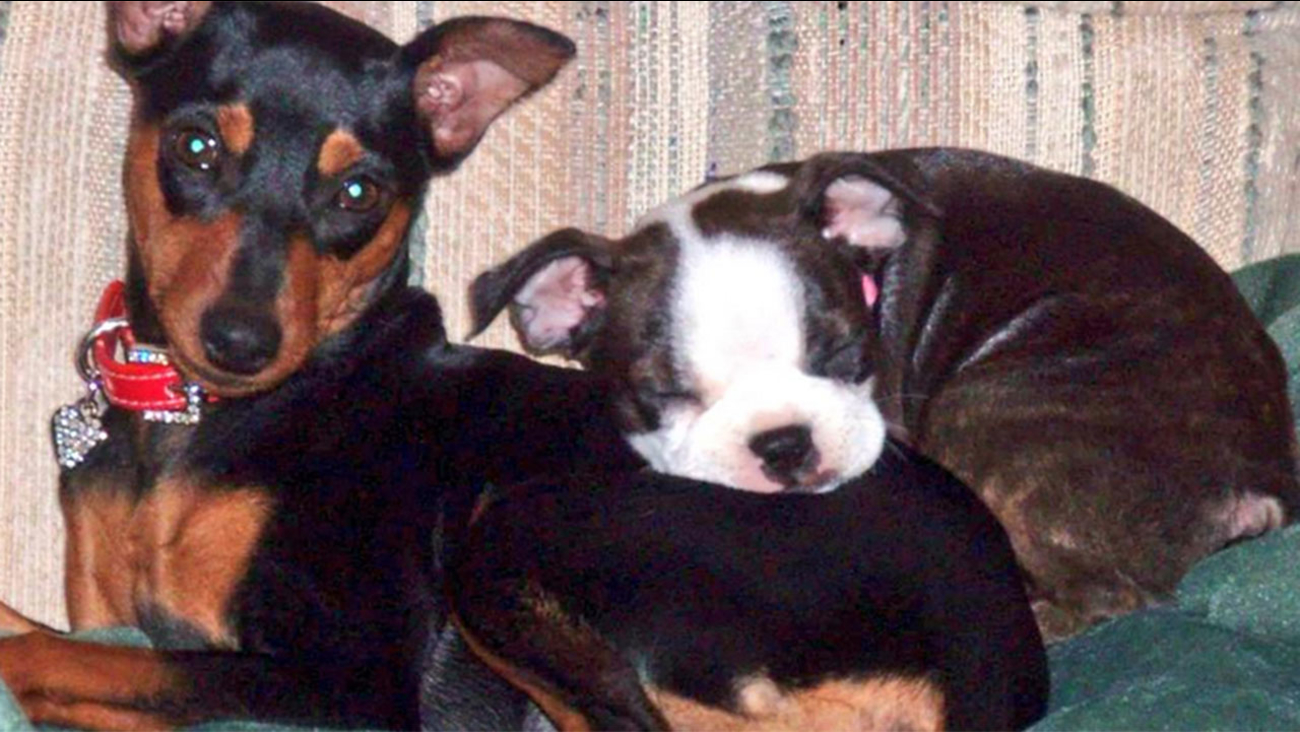 SANTA FE, Texas -- A Texas family is overcome with grief after the senseless shootings of their two small dogs. They said justice must be served.

On Sunday, January 25, police officers report someone armed with a pellet gun shot the animals on Anders Lane in Santa Fe. Their owner, Paul McLemore, told Eyewitness News his Boston terrier and miniature pinscher were playing outside in their fenced off backyard. Both died as a result of the injuries.

McLemore told Eyewitness News Friday afternoon, he may never understand why someone would kill his animals. He walked us through how he, his wife and four-year-old daughter found them in distress. McLemore said they found Bella bleeding at their front door and Remi laid lifeless just feet from their playground.

"When I walked up to her, she had a hole right in her chest. She had been shot in the chest," said McLemore. "It's pretty tough to tell your 4-year-old daughter ... your puppy is gone."

McLemore said he's outraged by the shootings and his young daughter is heartbroken. He's now offering a $1,000 reward for information leading to the arrest of those responsible.