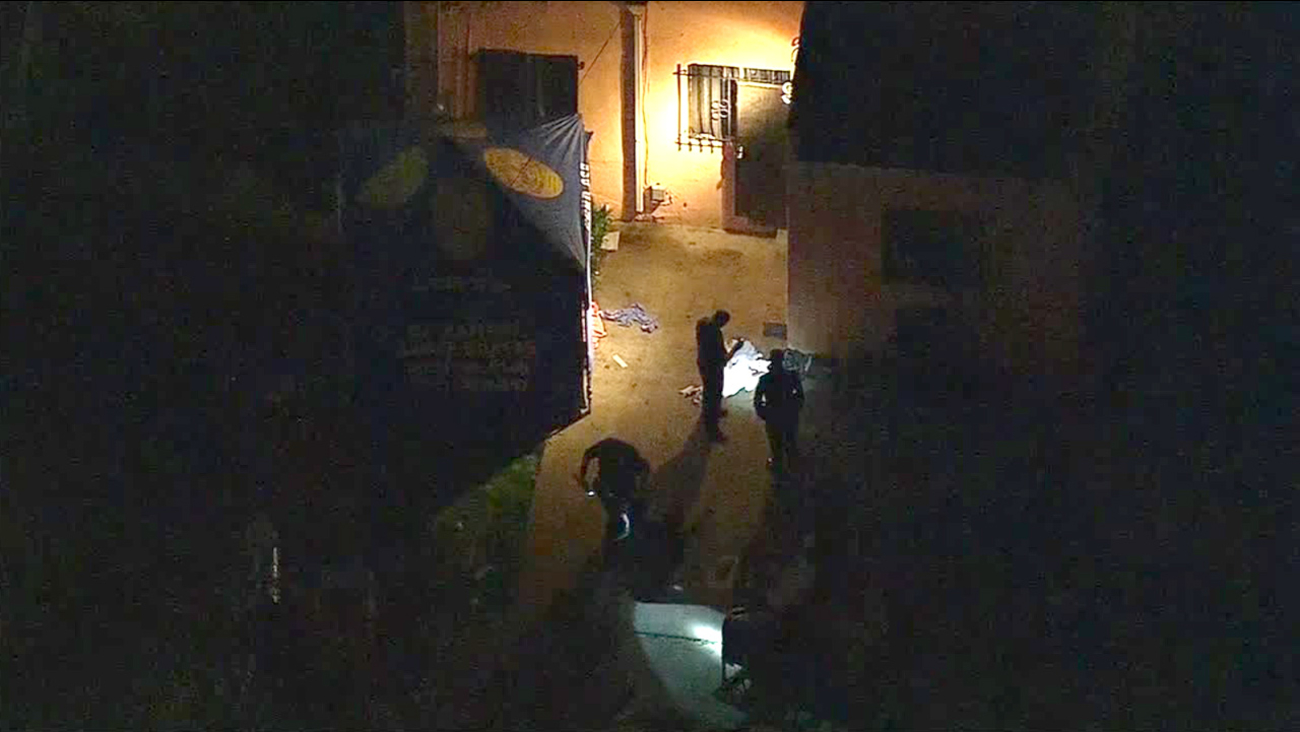 Los Angeles police were investigating a fatal shooting in South Los Angeles on Friday, Jan. 30, 2015. A teen was killed and another was wounded.

LOS ANGELES (KABC) -- A manhunt is underway for a suspect who shot and killed a teenage boy and injured another in South Los Angeles.

A 16-year-old boy, identified as Christian Henriquez, died at the scene. An 18-year-old was wounded but is expected to survive. Police said the teens are affiliated with a gang.

The incident happened around 5:40 p.m. Friday at 112th and Figueroa streets.

The suspect is described as Hispanic and in his late teens or early 20s. Authorities believe he fled to a nearby getaway car that was driven by another suspect.

It's unknown if the suspect is a gang member.

Officials earlier reported that the victims were 16-and 19-year-old females.