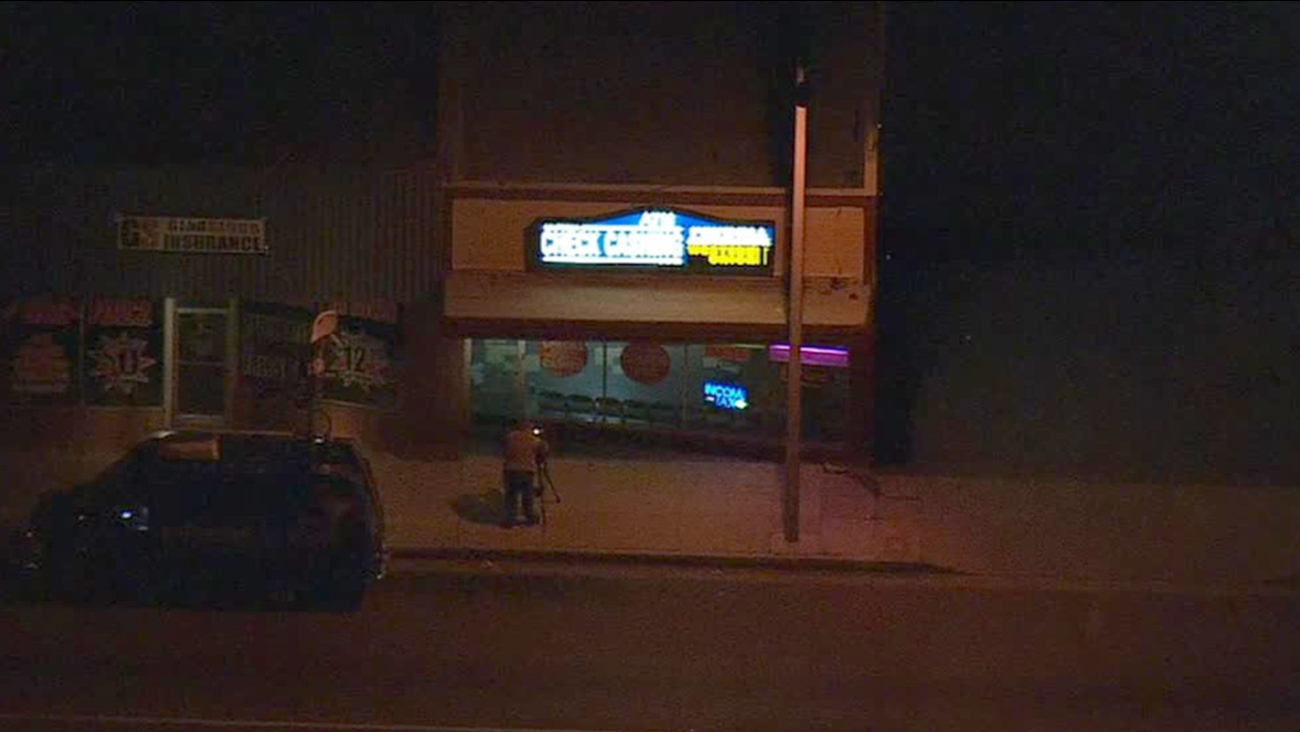 A Palmdale check cashing store, where a woman ran into to escape her boyfriend, is shown on Friday, Jan. 30, 2015.

PALMDALE, Calif. (KABC) -- Los Angeles County sheriff's deputies were searching Friday for a 3-month-old baby who was kidnapped by her father in Palmdale. The 28-year-old man does not have custody of the infant and is considered armed and dangerous.

Authorities believe Ellsworth Jerome Young punched his girlfriend at about 11:40 a.m. His girlfriend then ran into a check cashing business in the 800 block of East Palmdale Boulevard, leaving the baby in the car.

Young, who is the father of the baby, but does not have legal custody, drove away with the child. His girlfriend told sheriff's deputies that he has a black semi-auto pistol and forced her to have sex.

The father was last seen in Bakersfield shortly before 6 p.m. He was driving a blue 20014 Honda Element with a broken driver's side tail light and damage on the driver's door. The Washington State license plate was AFD9769.

Anyone with information is asked to call the Los Angeles County Sheriff's Department's Palmdale Station at (661) 272-2400.